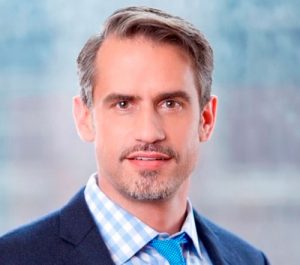 Woodle has been appointed as executive vice president, international sales and operations, having previously worked at GRB as director of sales in 2006-07. He is tasked with running the global distribution business as well as forging international partnerships.

Meanwhile, Melanie Torres has been promoted to vice president, international sales. She will report to Woodle and continue handling sales for US Hispanic, Lat Am, Spain and Italy.

Sarah Coursey, senior vice president, international, will continue her focus on global acquisitions and co-productions as well as sales into Canada, Russia, Benelux, and Scandinavia.

Longtime GRB associate Liz Levenson will also be charged with acquisitions and remains responsible for sales into Africa, and the Middle East and Torquil Macneal will continue overseeing sales for the APAC region. Coursey, Levenson and Macneal will report directly to Woodle.

Most recently, Woodle worked at Scripps Networks International in a variety of roles: vice president of international programme sales and distribution; general manager at Food Networks Asia (working in New York and Singapore); and director of programme sales covering Asia, LatAm and Iberia.

“We are very excited to welcome Hud back to GRB Studios. He brings a great wealth of international television experience and contacts. I am confident that he will take GRB Studios to the next level,” said CEO Gary Benz.