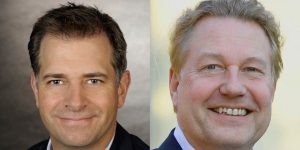 ZDF Enterprises (ZDFE) has linked up with Germany’s Neue Deutsche Filmgesellschaft (NDF) to launch a new production company that will create drama for ZDFE’s parent broadcaster.

FictionMagnet Produktions will develop and produce scripted product for ZDF from its base near Munich, with NDF CEOs, Eric Welbers and Matthias Walther, heading up the new company. Plans are already under way for the first production from the new joint venture, in which NDF holds a 51% stake and ZDFE, which sells the broadcaster’s content globally, has a 49% interest.

In Their 50s (Um Die 50) is a TV movie based on the Um Die 30 series from the 1990s and will reunite the show’s original writing duo of Dominik Raacke and Ralf Huettner.

NDF, which will remain an independent company, and ZDF have worked together for more than two decades, starting with the 1988 show The Heritage Of The Guldenburgs (Das Erbe Der Guldenburgs).

NDF was founded in 1947 and has offices and subsidiaries in Berlin, Hamburg, Cologne, Brussels and Rome. It has been behind TV and cinema films and TV series, including shows such as Mountain Medic (Der Bergdoktor), The Old Fox (Der Alte) and Alpine Rescue (Die Bergretter).

Fred Burcksen, president and CEO of ZDFE, said: “Pooling the programme-making expertise, international experience and corporate commitment of our two companies creates the ideal conditions for making successful German productions for the domestic and international markets.”

Walther and Welbers, who joined NDF from Beta Film in 2015, said the new venture would allow the companies “to meet the programme challenges of the future together and to develop attractive fictional programmes for ZDF, which we hope will continue to attract viewers.”