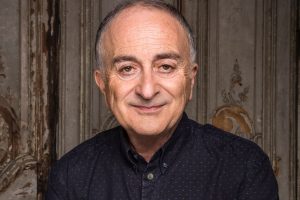 The show focuses on VE Day, which marked the end of the Second World War in Europe on 8th May 1945, and follows Robinson (Time Team, Blackadder, Egyptian Tomb Hunting) as he shares untold tales of revellers in the streets, witnessing soldiers taking their first tentative steps out of POW camps, hearing the King’s celebratory speech in London, as well as the surrender of Nazi divisions, and other stories from around the world.

Victoria Noble, VP of original content, factual at Discovery said: “Using a carefully curated collection of stories gathered from across the globe, the special will give viewers the opportunity to understand the lived, sensory experiences of the day and really appreciate the intensity of emotions felt by people in the UK and beyond.”

Kate Beal, CEO, Woodcut Media added: “The ‘minute by minute’ format of this documentary aims to enable viewers to connect with the momentous events and emotions of this historic day in a fresh way.”

Will Stapley, head of acquisitions, TVF International said: “We are constantly being asked for WWII anniversary programming with a unique angle so we can’t wait to get this out to market.”