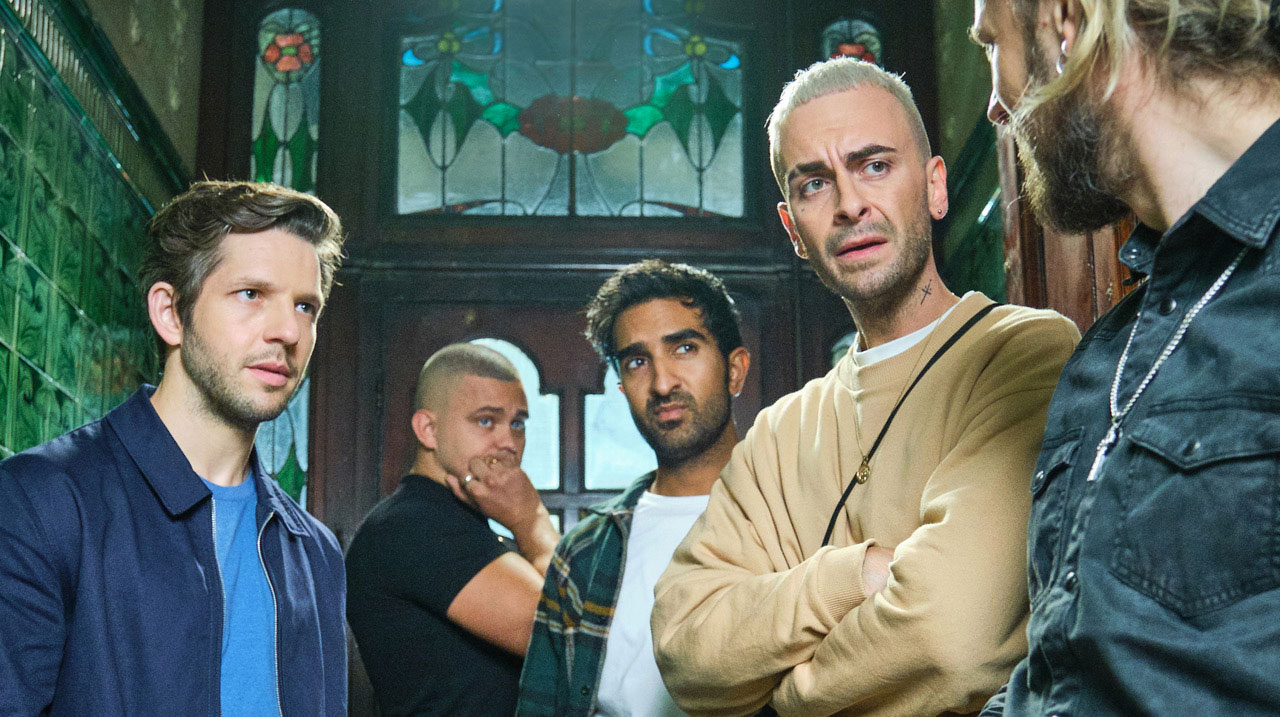 Sky unveiled a swathe of new commissions and reorders in drama, comedy and entertainment last night, at a lavish 2020 Up Next programming showcase held at the Tate Modern in London.

Fronted by Chris Evans, the event hosted talent such as David Schwimmer, Nick Mohammed, Maisie Williams, Billie Piper, Dynamo, Rob Brydon and Steve Coogan, and included previews of many of Sky’s key shows for this year.

Sky used the event to tout its expanded push into original production, saying that 80 original series will hit Sky screens in 2020, a 25% year-on-year increase. Sky also touted a 40% boost in the volume of programming from the US.

The commissions and reorders included:

The Tail of The Curious Mouse (w/t), a story about Roald Dahl and Beatrix Potter starring Dawn French (Absolutely Fabulous, The Vicar of Dibley). Written by Abi Wilson, the show is executive produced by Elaine Cameron for Hartswood Films.

Bloods, a paramedic comedy starring Samson Kayo (Famalam, Timewasters) and Jane Horrocks (Little Voice, Absolutely Fabulous). Created by Kayo, it is written by Nathan Bryon and Paul Doolan (Trollied) and produced by Seb Barwell. The executive producers for Roughcut are Ash Atalla and Alex Smith. Bloods will be distributed by NBCUniversal Global Distribution on behalf of Sky Studios.

Safe Space, a comedy pilot written by and starring Greg Davies as a demotivated small-time psychotherapist. Written by Greg Davies & Stephen Morrison, it is produced by Avalon.

Redknapps’ Weekend Warm Up (w/t), a new entertainment series with father and son duo Harry and Jamie Redknapp teaming up for their first TV project together alongside comedian Tom Davis. It will be produced by Expectation with executive producers Ben Wicks and Aaron Morgan, series producer Genna Gibson and talent executives Louisa McKay and Zak Ooma.

You (w/t), a new drama written by Ben Chanan (The Missing, Last Kingdom) and based on the novel You by Zoran Drvenkar, about a girl who kills her estranged father in a drug fuelled rage, prompting her and her best friends  to flee across Europe. You is a Kudos production, developed for television by lead writer Ben Chanan, who will also executive produce alongside Karen Wilson and Katie McAleese for Kudos. The lead director is Robbie McKillop. The producer is Derek Ritchie. Kara Manley and Serena Thompson will executive produce for Sky Studios. Worldwide distribution is by Endemol Shine International.

Intelligence, the GCHQ comedy created by and starring Nick Mohammed, alongside David Schwimmer, was confirmed for a second instalment ahead of the first series airing next week. The series is created and written by Nick Mohammed and produced by Expectation. Intelligence 2 will be distributed by NBCUniversal Global Distribution on behalf of Sky Studios.

Cobra, the political drama, starring Robert Carlyle and Victoria Hamilton will return for a second series.  The series will be produced by New Pictures and the executive producers include Charlie Pattinson, and Ben Richards. Joe Donaldson is the producer. Cobra S2 will be distributed by NBCUniversal Global Distribution on behalf of Sky Studios.

Brassic, the comedy drama co-created by Joseph Gilgun and Danny Brocklehurst was confirmed for a third series ahead of the second airing in May this year. It will be produced by Calamity Films. It is executive produced by David Livingstone for Calamity Films and Jon Mountague for Sky Studios. Joseph Gilgun and Danny Brocklehurst are also executive producers. The series will be distributed internationally by ITV Studios.

This new programming adds to Sky’s original series which are already due to air in 2020, including The Third Day (Jude Law, Naomie Harris), I Hate Suzie (Billie Piper), Save Me Too (Lennie James, Suranne Jones, Lesley Manville), Breeders (Martin Freeman, Daisy Haggard), and The Trip to Greece (Steve Coogan, Rob Brydon).

Sky has previously said that it will double its investment in original content by 2024 through Sky Studios, which will also see the proposed development of Sky Studios Elstree, a new 32-acre TV and film studio in North London.  Sky said that it aims to go net zero carbon by 2030, and that Sky Studios Elstree would be the most sustainable production facility in the world, with all Sky original productions net zero carbon as well.

Sky’s managing director of content, Zai Bennett, said: “In a world where there are more hours of content than ever, we want to make sure that we’re offering our customers the most high-end, engaging TV that quite simply blows them away.”