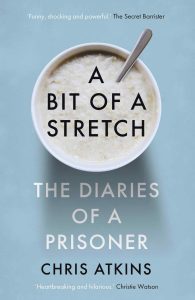 The book, published by Atlantic Books, explores the documentary-maker’s experiences after he was sent to prison in 2016 after becoming embroiled in an illegal tax scheme to fund a film.

Paula Cuddy, creative director at Eleventh Hour, described the book as “hilarious, horrifying and heart-breaking,” adding that it was “a wake-up call, a shocking & surprising insight into modern prison life.”

Atkins added: “Prison was a dark and traumatic place, but it was also full of humour, humanity and fascinating characters. I can’t wait to bring this surreal and dysfunctional world to screen.”

The deal was brokered by Luke Speed on behalf of Gordon Wise at Curtis Brown Group.

The show, which has started filming, debuted as a one-off comedy short on BBC streamer iPlayer in 2019 and will now be turned into a 6 x 15-minute series for BBC Two.

It stars Morgan (Cunk On Britain, Motherland), who has also written and will direct the series. The story revolves around a woman who dreams of breeding dogs but must revamp her life to allow her dreams to come true. 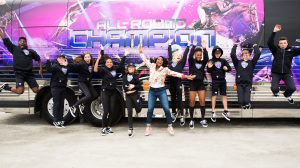 Canada-based prodco Marblemedia has started production on a second season of All-Round Champion, its unscripted kids and family format that originated in Norway.

The show’s first run premieres on BYUtv in the US on 19 March and on TVO in Canada on 25 March. It will also air on Canada’s Knowledge Network this summer.

The format features 10 of North America’s most celebrated young athletes competing in each other’s sports, including swimming, golf and gymnastics, with the second run featuring winter sports.

Marblemedia acquired format rights for the North American version from Beta Film. The show was originally created by NRK in Norway, where it was known as Best I Mest.

Amazon Prime Video has taken a package of programming from Mediaset España.