Fox Alternative Entertainment (FAE), the broadcaster’s in-house unscripted studio that produces the US version of The Masked Singer, has appointed Allison Wallach to run its alternative entertainment arm.

She will be responsible for identifying, developing and producing unscripted programming both for Fox and third-party platforms. She will also oversee the studio’s growth strategy, striking talent deals and expanding its pipeline and portfolio in the US and globally. 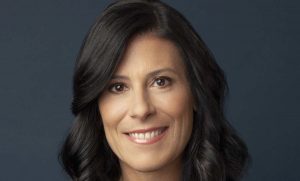 FAE was formed by Fox Entertainment last year, following the sale of a swathe of assets by 21st Century Fox to Disney. Fox Entertainment, the resultant broadcast operation, subsequently took production of The Masked Singer in-house and will also co-produce Ultimate Tag.

Wallach was previously president of Jupiter Entertainment, which she joined in 2015. Before that, she was an agent in United Talent Agency’s alternative television department, and has also had stints at BBC Worldwide Productions and Lifetime Television.

“From development, to production, to the agency side, Allison has worked in every facet of television and has a remarkable understanding of the business,” said Wade. “As FAE begins to grow, her knowledge and experience will help build and add value to this studio and take us to the next level.”

Wallach added: “The content business is evolving rapidly with so much opportunity in this space. It’s amazing to have this kind of support and incredible foundation from which to build out a studio, and especially during this really exciting time at Fox Entertainment.”