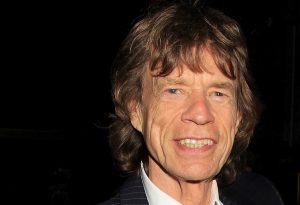 Rainy Day will produce a slate of up to seven new podcast series stemming from original IP, covering dramas, comedies, non-fiction/docuseries and talk/discussion shows. The company has set initial production deals with filmmaker Allison Anders (Grace Of My Heart), screenwriter John Brancato (The Game) and writer/producer Zack Stentz (The Flash).

Warner Bros. Digital Networks will manage the business and strategy related to the Rainy Day pact, while its Television Group’s digital unit Blue Ribbon Content will oversee the creative relationship. Warner Bros. Domestic Television Distribution will be responsible for sales of the finished podcasts.

Jagger, Pearman, Bing and Olson said the deal would allow them to “create an environment where the best writers are free to pursue their passion projects with maximum creative freedom.”

Robert Steele, SVP of business strategy and operations at Warner Bros. Digital Networks, said: “Storytelling is at the core of everything we do at Warner Bros., and we look forward to expanding that mission to the world of original narrative podcasts. We are extremely excited about this partnership with the Rainy Day team, a talented group of storytellers with an incredible track record of creating projects of the highest quality across multiple platforms.”

Jagger formed Jagged Films with Pearman in 1995 and has worked on projects for film and TV, including Martin Scorsese’s Rolling Stones documentary Shine A Light, HBO drama Vinyl and Tate Taylor–directed film Get On Up.