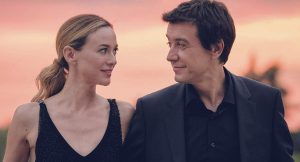 NBC in the US has handed out a raft of pilot orders including an adaptation of a drama that debuted on Amazon Prime Video in Spain and Latin America.

Someone Out There is being produced by NBC sibling Universal Studios and has Matt Hubbard, Josh Siegal and Dylan Morgan (The Good Place) attached.

The single-camera comedy is based on Little Coincidences (Pequeñas Coincidencias), which follows the lives of two adults who try to improve their characters to find love.

The show, originally coproduced by Atresmedia Studios, MedioLimón and Onza Entertainment, was made available on Amazon in late 2018 before premiering on Antena 3 in Spain last year. The series is into a second season on Amazon, with Onza Distribution selling the finished tape and format rights worldwide.

Other pilot orders from NBC include dating series Crazy For You, which is being written by Rachele Lynn who also executive produces. It too is from Universal Television, while Ordinary Joe explores how a person’s life turns out after he makes a decision about his future. It is from 3 Arts Entertainment and 20th Century Fox Television.

The latter, along with Legendary Television’s drama Debris, are the only two pilots ordered by NBC this season so far that have come from companies other than NBC sibling Universal Television.