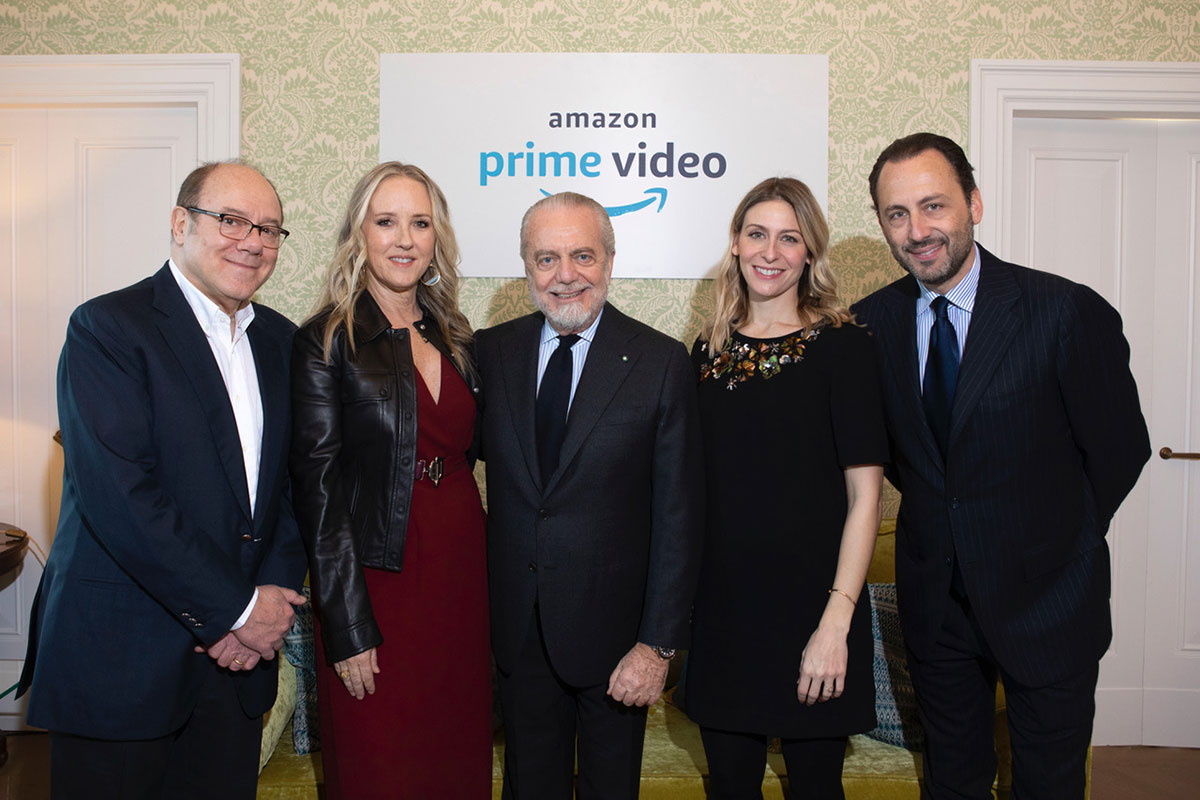 Amazon has stepped up its investment in original shows in Italy and Latin America, ordering a range of dramas and unscripted series.

Vita da Carlo sees Italian actor and director Carlo Verdone star as a fictionalized version of himself alongside cameos from Italian stars. Set in Rome, created by Nicola Guaglianone, Menotti and Carlo Verdone, produced by Aurelio and Luigi De Laurentiis with their company Filmauro, the 10-episode Vita da Carlo will start production in 2020.

Ferro profiles contemporary Italian musician Tiziano Ferro preparing and rehearsing for his new concert tour, and looking at his life, passions, work and love. Produced by Banijay, Ferro will launch on Prime Video in June 2020.

Dinner Club sees Michelin starred chef and TV personality Carlo Cracco and six famous Italian actors and comedians travel around the world to Japan, Vietnam, France, Spain, Peru and Mexico to discover exotic cuisine and learn from the world’s best chefs, in order to create a perfect dinner for guests appearing on the show. Dinner Club is produced by Banijay.

The shows were announced by Georgia Brown, director of European Amazon Original series, and Nicole Morganti, head of unscripted originals series in Italy at an showcase event in Rome, together with head of Amazon Studios Jennifer Salke and head of international Originals, James Farrell. “We have lots of more exciting ideas in development with Italian producers, writers, directors and acting talent,” said Brown.

Amazon also released more details about its first ever scripted Italian series, titled Bang Bang Baby. A crime drama set in Milan in the late eighties it tells the story of a shy teenager – played by Arianna Becheroni – who becomes the youngest member of the mafia to win the love of her father. Created by Andrea Di Stefano and produced by Fremantle’s The Apartment and Wildside for Amazon Studios, Bang Bang Baby will start shooting in 2020.

Iosi, El Espía Arrepentido is an eight episode scripted series about an Argentinean intelligence agent who infiltrates the Jewish community to gather information that is then allegedly used to perpetrate two of the worst terrorist attacks in Latin American history, leaving over 100 dead. Produced by Oficina Burman, a company of The Mediapro Studio, Iosi, El Espia Arrepentido has Daniel Burman as series’ creator and showrunner. Sebastián Borensztein is director and the head writer, and Burman will also direct some episodes.

La Jauría tells the story of a disappearance of a young girl in a Catholic school, and stars Daniela Vega (A Fantasic Woman) and Antonia Zegers (Fugitivos).The series is directed by Lucía Puenzo, and produced by Fabula and Fremantle.

Prime Video recently announced four new Amazon Originals for Brazil, with each series already in production or set to begin in 2020.

“We know our Prime Video audiences across Latin America are eager for local shows from the best local voices, and we couldn’t be more excited to introduce these first local series for Argentina, Chile and Colombia that already have some of the most locally renowned directors and talent attached,” said James Farrell, Head of International Amazon Originals, Amazon Studios.