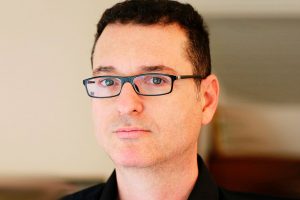 The eight-part returning series from Mann will tell the true stories of the Israeli Mossad agents responsible for hunting down members of the Palestinian terror group Black September, following the 1972 Munich Olympics terrorist attack.

Telling the story from the viewpoints of both the Israeli and Palestinian sides, and set against the backdrop of a fast-changing 1970s Europe, Band of Spies will focus on the human stories of the Mossad agents and their targets.

Mann was head writer on the second season of the hit Netflix drama series Fauda, for which he won the Israeli Television Academy Award for best writing in a drama, and has recently finished directing seasons three and four of live action teen drama Greenhouse Academy, also for Netflix.

Capa Drama and Reel One Entertainment will partner on the project with Ananey-owned Nutz Productions, who have previously worked with Mann as producers of Greenhouse Academy.

Claude Chelli, head of Capa Drama, commented: “Band of Spies is in keeping with our DNA – producing films and series focusing on social and political issues and using history as a lens through which to better understand the world of today.”

Tom Berry, CEO of Reel One, added: “This is an incredibly compelling and timely story and we look forward to working with Capa and Ananey to bring this exciting project to the international market.”