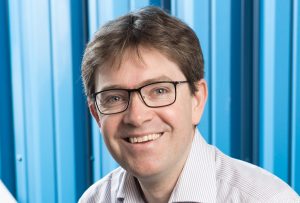 BBC Studios has consolidated its distribution operations across Europe, the Middle East and Africa.

Nick Percy will head up the merged division – previously split into Western Europe and CEMA (Central and Eastern Europe, Middle East & Africa) – in the newly created role of EVP for EMEA.

Percy, who takes up the role from 1 April, will have oversight of BBCS’s distribution activities across the expanded region, including responsibility for clients, an extensive channels portfolio and the region’s consumer products businesses.

He was previously EVP of Western Europe, with Grant Welland overseeing CEMA. Welland’s next move is not yet known, but BBCS said it is “in discussions” with the exec about a new role within the company.

The changes come after BBCS brought its international sales and distribution business into a single global group last year, headed up by long-serving exec Paul Dempsey, who relocated to the US as part of the revamp.

Dempsey, president of global distribution at BBCS, said consolidating the EMEA distribution business under Percy’s leadership would “simplify our regional approach and make us more agile.” He described Percy as “a highly talented leader with a deep understanding of the market and a great track record.”

Percy added: “It’s a real privilege to lead this enhanced region. There are opportunities for growth and we have brilliant partners in these important markets. I am looking forward to working with our partners throughout the region to build our businesses together.”

Percy has held a number of positions during his career at the BBC including EVP for northern Europe, VP and general manager for Central and Eastern Europe, and director of business development and digital. He will be based at BBCS’s London office in his new role.