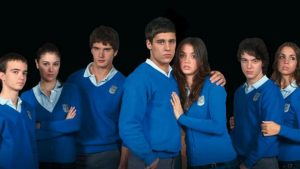 The new eight-part series will begin filming in early 2020 and will be known as El Internado: Las Cumbres. It will be shot at locations across northern Spain and is being co-produced by Atresmedia Studios and The Mediapro Studio.

The show will be exec produced by the creator of the original franchise Laura Belloso, as well as Laura Fernandez Espeso and Javier Pons for Mediapro, along with Ignacio Corrales and Sonia Martinez from Atresmedia Studios.

They will lead the scriptwriting team, made up of Asier Anduenza, Sara Belloso and Abraham Sastre, who also worked on the original series.

El Internado ran for seven years and became a hit series in Spain and abroad, providing a launchpad for numerous Spanish actors. The original show, which is available on Amazon Prime Video, follows students who attend an isolated school located next to an old monastery, surrounded by forests that provide a backdrop for thrilling and terrifying adventures.

Ricardo Cabornero, head of content at Amazon Prime Video Spain, said: “The international success of El Internado a decade ago continues to captivate thousands of fans today on Amazon Prime Video, and we are sure that this new version of the series will be a meeting point for all, as well as conquering new audiences.”

Espeso, corporate and TV director at Mediapro Studio, added: “El Internado was the precursor in Spain of the current great successes of the television series.

“It broke moulds in terms of production and distribution, amassed a huge fan base and launched a new generation of actors, many of whom are the stars of today. The launch of this new series, led by Laura Belloso and most of the original scriptwriters, revitalises the phenomenon in a moment of excellence for drama production in our country, with the challenge of reaching and conquering global audiences.”

The new production, which will begin shooting in the first quarter of 2020, does not yet have a distributor attached. It joins original Spanish series such as The Heart Of Sergio Ramos, Six Dreams and the upcoming releases of El Cid, Temperance and A Private Matter on Amazon Prime.