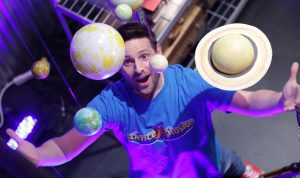 Distribution360 has secured several deals across territories in Asia for its kids’ programming.

Snapshots (6 x 30-minutes) will air in more than 30 Asian territories, including China, India, Malaysia, Singapore and South Korea, and Spellz (52 x 12-minutes) was acquired for nine territories including Afghanistan, Pakistan, India and China.

Episodes are due to start airing from spring 2020 across multiple territories on the Disney Channel including Brunei, Cambodia, East Timor, Indonesia, Laos, Macau, Malaysia, Myanmar, the Republic of Palau, Papua New Guinea, the Philippines, Singapore, Thailand and Vietnam as well as on Bravokids in Korea.

Clare will work with WildBrain Spark’s partners to maximise the effectiveness of their paid media across digital platforms, in addition to supporting the marketing and commercial teams in building WildBrain Spark’s own brands and IP.

She joins WildBrain Spark from Dentsu Aegis Network’s creative and media agency 360i Europe, where she held the position of group account director.