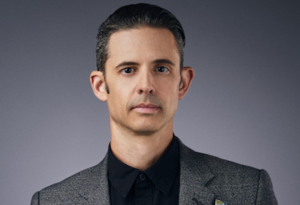 All3Media America has promoted Justin Medeiros to EVP of production.

Medeiros has been with the company since its creation in 2013. Before that, he was a freelance producer and spent five years as a field production coordinator for The Tonight Show with Jay Leno.

He was also a producer for NBC at the 2006 Winter Olympics in Torino and the 2008 Summer Olympics in Beijing, for which he received an Emmy Award.

“Justin has been with All3Media America since the beginning, inspiring his team and our production companies every day with his leadership,” Pastore said. “Nothing brings me more pleasure than the opportunity to recognize his commitment to excellence and the company as he leads our production team into the future.”

The group also recently entered into an original content partnership with Cinetic Media.