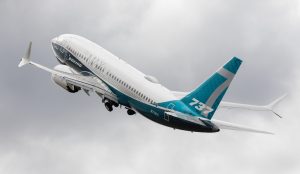 Factual distributor TVF International has struck a number of sales for Arrow Media’s documentary The Boeing 737 Max: What Went Wrong?.

The 1 x 60-minute special for Channel 4 has been acquired by Welt in Germany, TV2 Norway, Medialaan Belgium, SVT Sweden, and Nine Network in Australia.

The documentary investigates the chain of events that led to two fatal crashes of Boeing 737 Max aircrafts, in Indonesia and Ethiopia, with a death toll of 346.

The doc uses CGI sequences and flight simulation to re-create the final moments of the crash, and includes insights from victims’ families, aviation experts and former Boeing pilots.

Arrow Media executive producer Ash Potterton said: “The two Max crashes were a truly global story, with passengers from 35 different countries being killed and the Max remaining grounded worldwide, so we’re delighted to be working with TVF to distribute the programme to the widest possible audience.”

TVF International head of acquisitions Will Stapley added: “Intelligent current affairs programming has long been TVF International’s heartland so teaming up with a production company of Arrow’s calibre to investigate one of the biggest global stories of the year was a no brainer.” 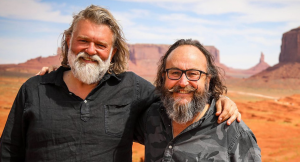 Discovery has bought the latest series of Impossible Railways across Asia, as well as The Indian Dream Hotel On Tour, which is known as The Real Marigold On Tour in the UK.

In Europe, SVT Sweden has licensed the fifth series of Impossible Engineering, while TV4 in Sweden has acquired The Junk Food Experiment.