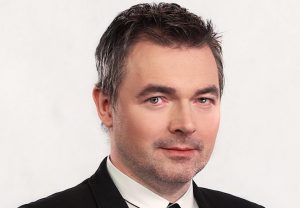 Polish public broadcaster Telewizja Polska (TVP) has launched an international co-production division and is looking for formats to remake as well as partners for  domestic shows that can work globally.

TVP is Poland’s largest domestic TV network, with an array of regional networks and 13 national channels including flagships TVP1 and TVP2, which both offer scripted product.

The global co-production arm is being run by Jaroslaw Burdek, TVP’s head of international co-productions and formats, who told TBI here at NEM Zagreb that the new division was looking to leverage its local expertise globally.

“We started in September so it’s still a very fresh and new idea,” he said, adding that 10 scripted projects were already in the works, but with details currently under wraps.

“We are looking for partners in two main ways: firstly, we are searching for projects created internationally that we can try to adapt for our local audience, which we will co-produce with the creators.

“Secondly, we are developing our own projects and we want to go with them worldwide and present them to the global market. We believe we can have international partners of many of our own ideas.”

Burdek said it would be “crucial” for co-produced shows to have a local component, but said TVP would be flexible in how that was interpreted. Shows in the works explore crime and historical genres, but the TVP exec added that there were also opportunities for documentary programming.

“In our global world, this is a huge opportunity – everybody believes now is the time for this global thinking, but it’s also a way to get local content.”