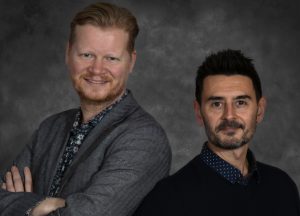 London-based Big Little Fish will specialise in the development and production of factual entertainment formats, factual features and documentary series. The company said it is in early stage discussions with potential investors.

Projects at launch include Hitler’s Women: The Forgotten Nazis, which will use untapped archive material and interviews with experts to analyse the women behind the infamous men at the head of the Third Reich.

Also on the development slate is true crime documentary mini-series Breaking Dad, a three-parter that recounts the story of Richard Lubbock, who went from a mild-mannered family-man to drug kingpin during the early noughties.

Big Little Fish has secured exclusive story rights to produce a factual mini-series on the tale via access to Richard and his son James, who has penned a biography of the same name. Discussions with networks and distributors for both projects are underway.

Other projects in the works include genres covering body transformation, engineering and motoring series, with the prodco looking to add to the slate ahead of Real Screen next month.

Procter was formerly an executive producer and commissioning editor at Discovery Networks from 2010 to 2017, where he brokered deals for shows including Say Yes To The Dress and The Great Bake Off.

Jones said: “Over the past few months we’ve been busy talking to distributors and broadcasters, building a solid, well-considered raft of exciting IP to sit alongside Breaking Dad and Hitler’s Women: The Forgotten Nazis.

“We feel that our combined international and creative experience has equipped us to develop and produce compelling factual series that we’re confident will resonate strongly with audiences worldwide. We’re looking forward to revealing more of it in the coming months.”