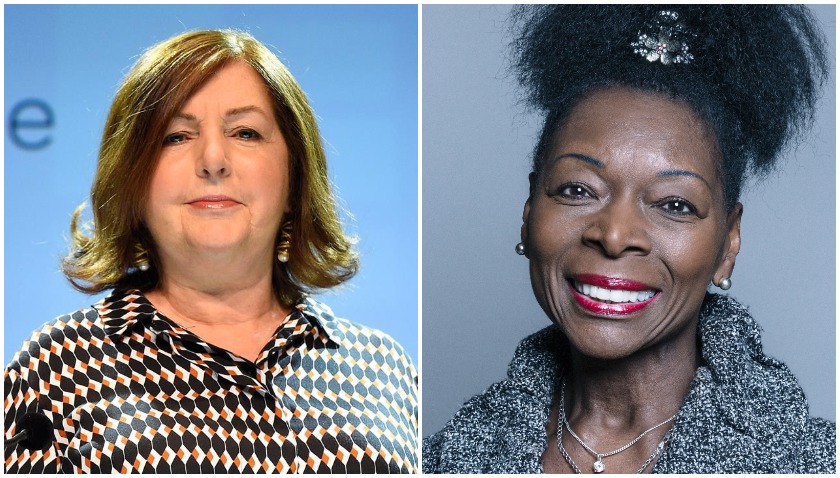 Benjamin and Byrne were among the 14 women feted at the 29th annual WFTV Awards in London on Friday (6 December).

Benjamin – whose 50-year career in TV spans presenting the BBC’s Play School, as well as acting, producing and writing – spoke candidly about her fight to be recognised within the UK media landscape.

She highlighted an incident following her election to the Ofcom content board in 2003, when a colleague told her she was “chosen [for the board] only because you’re black”.

“I responded, ‘Well you were chosen only because you’re white,’” she told the WFTV audience to applause and a standing ovation.

“For 20 years, I campaigned to get a Minister for Children until we finally got one in 2003. I got ITV and Channel 4 to start making children’s programming; I got the government to change the law so children could get quality programmes on their screen. I don’t care where they watch the programmes – it has to be quality content, because it matters.”

Elsewhere, Byrne – head of news for Channel 4 – took to the stage, taking aim at politicians and royals alike.

Highlighting Prince Andrew’s retirement from public life, Byrne said, “I hope this is the start of a wonderful trend in which ghastly men retire from public life so that wonderful women like you have the opportunity to have their jobs”.

She added that politicians “failing to be held accountable on television” should be met with an “icy” response from media.

“It is vital that all of us, even if you’re not in journalism, should speak up for the great importance of television journalism in our democracy,” said Byrne.

Actress Cherylee Houston took home The ITV Studios Achievement of the Year accolade, presented by her Coronation Street co-star Rula Lenska, while The Walking Dead star Samantha Morton was presented with the Best Performance Award by Julian Rhind-Tutt whom she performed alongside in Harlots earlier this year.

Meanwhile, Laurie Nunn, writer and creator of Sex Education, was presented with the Netflix New Talent Award by Meera Syal, and newsreader and journalist Katya Adler took home the BBC News and Factual Award presented to her by Angela Rippon.

The Envy Producer Award went to Faye Ward, presented by Steve Coogan who starred in Stan and Ollie, which was produced by Ward, while Mel Giedroyc presented Emma Oxley, who edited Good Omens, with the Technicolor Creative Technology Award.

Sound mixer Judi Lee-Headman, whose recent work includes The Capture and Britannia, received the Craft Award by Britannia star David Morrissey, and the Project Management Award went to Jo Burn and was presented by Stacey Dooley.

Liz Tucker, chair and acting CEO of WFTV said “What our WFTV Awards demonstrate more vividly than any data or survey is the huge number of talented women working in film and TV in the UK. Today is our chance to celebrate them and their achievements and inspire women working throughout our industry to send a very clear message that there should be no limit to their ambitions.”