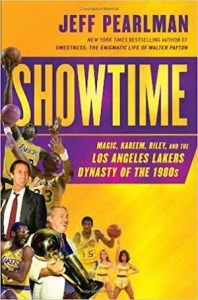 HBO has ordered a drama from the prodco recently launched by Succession’s Adam McKay, which will chronicle the professional and personal lives of the famous 1980s Los Angeles Lakers basketball team.

The untitled series is based on Jeff Pearlman’s book Showtime: Magic, Kareem, Riley, and the Los Angeles Lakers Dynasty of the 1980s, with McKay’s Hyperobject Industries producing.

“Across 1980s Los Angeles, we’ll experience the exhilarating ride of a team that dominated a decade of basketball and watch them not only achieve iconic status but transform the sport in every way,” she added.

Hyperobject was launched by McKay and includes in its team producers Kevin Messick, Todd Schulman and Betsy Koch. The Lakers project marks the first limited series under the company’s recently announced five-year first-look TV deal with HBO, which will see it develop content for both HBO and sibling streamer HBO Max.

McKay and Messick will continue to serve as executive producers on HBO’s show Succession, which will head into production next year for its third season.