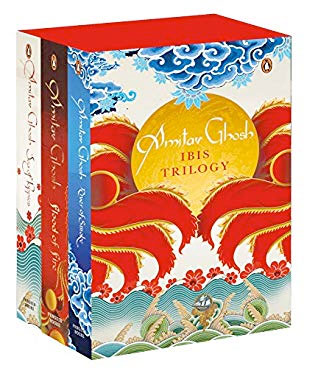 Endemol Shine Group (ESG) has linked up with Michael Hirst, the screenwriter behind Elizabeth and Vikings, on an adaptation of Amitav Ghosh’s novels The Ibis Trilogy.

Endemol Shine India, headed by Abhishek Rege, are also on board in the development of the project.

Shekhar Kapur will direct the series, which is based on Ghosh’s trilogy made up of Sea of Poppies, River of Smoke and Flood of Fire.

The show is set in mid-19th century Asia against the backdrop of the opium wars between Britain and China.

Lars Blomgren, head of scripted for EMEA at Endemol Shine Group, said: “Since Abhishek brought The Ibis Trilogy to our attention over a year ago, it’s been a joy to bring together a talented and passionate team – to supercharge this high-end, multi-layered journey.

‘’Michael Hirst has a distinctive writing style which appeals to a contemporary audience – and this paired with Shekhar’s vision – puts us in an excellent position to take a fully developed package to the global market in the new year.”

Hirst said: ‘’It’s absolutely magic to be working with Shekhar Kapur once again to create a historic world of characters that the audience can universally connect with. The Ibis Trilogy is an extraordinary series of novels, which delivers the material to create an impressive, exciting and unique television series with both commercial and critical appeal.’’