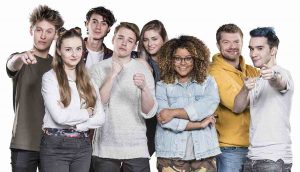 Nickelodeon’s topical social influencer format, The Viral Factory, is to be adapted in Thailand.

GMM Thailand will produce and air the local version, which is based on a Dutch format that first aired on Nickelodeon in the Netherlands in 2018 under the title De Viral Fabriek. The show will feature a roster of local Thai talent and is slated to premiere in 2020.

Love School, which launched in 2015 on MTV India and is now into its fourth season, is a light-hearted competitive reality format in which young couples-in-crisis have the chance to enrol at the Love School in the hopes of improving or saving their relationship.

Adventure challenge format Roadies, meanwhile, sees contestants put into teams in order to travel around the country while taking part in physical, mental and culturally relevant challenges in the hopes of being crowned the ultimate Roadie. It is into its 16th season on MTV India.

Indiacast, Viacom18’s distribution arm, will continue to sell the finished series of both titles.

“Our recent agreements in Asia demonstrate the continued strength of our content and relevance to local audiences around the world. I’m really looking forward to seeing The Viral Factory being brought to life in a brand-new language and to a whole new audience,” said Laura Burrell, head of formats at VIS.

“We are committed to sourcing and representing top quality formats from around the world, and are delighted to be partnering with Viacom18 for the first time on their originally developed hit series Roadies and Love School.”

Anuj Gandhi, group CEO at IndiaCast, added that the deals “pose a great opportunity for Indian content creators to explore format partnerships and put India as an original content destination.”

VIS will also represent brand-new studio-based talent competition format, America’s Most Musical Family. The show launched in the US, simultaneously across Nickelodeon, BET, MTV, MTV2, Nicktoons, Paramount Network, TeenNick, TV Land and VH1, on 1 November and sees 30 families who compete in front of three celebrity judges and a host in the hope of winning a recording contract and a $250,000 cash prize.