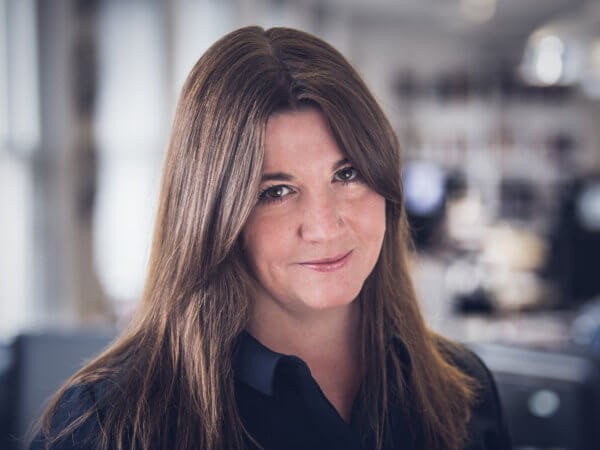 Butler most recently served as scripted creative director for Raw, and she is also the former Film4 deputy head of film.

She is to oversee the studio’s film and television slate globally, which includes managing the partnership with author John Le Carré – whose sons Stephen and Simon Cornwell are co-founders and co-CEOs of The Ink Factory – as well as seeking creative opportunities with existing and emerging storytellers.

Butler is to report into Stephen and Simon Cornwell.

Butler joined Raw in March 2014 to head up film and TV drama, having previously spent nine years at Film4. At Raw, she built out a high-end TV and film slate out of both the UK and US, most recently producing Bart Layton’s award-winning second film, American Animals, which went to Sundance in the US Dramatic Competition and onto UK and US distribution in 2018.

She also produced the forthcoming feature film Dream Horse starring Toni Collette and Damian Lewis, which will be released in the UK by Warner Bros and in the US by Bleecker St in the spring of 2020.

Butler first joined Film4 as head of development in 2004, and was promoted to senior commissioning executive in 2009, before becoming deputy head of film in 2013.

She ran Film4’s low-budget and new talent slate for four years before increasing her focus across the whole production slate. She exec produced a number of films during that time, including BAFTA-winning Tyrannosaur and The Imposter. Butler also executive produced Random for Channel 4, which won the BAFTA for Best Single TV Drama in 2012.

Formed in 2010 by the Cornwells, The Ink Factory’s TV slate includes The Night Manager and The Little Drummer Girl while film offerings span Fighting With My Family and Message From The King.

Butler said: “I have loved my time at Raw, but when Simon and Stephen asked me to join The Ink Factory, I just couldn’t say no. Their access to extraordinary material combined with their ambition for bold, visionary authorship across their output, making TV and film with something to say about the world we live in now, felt irresistible to me. I can’t wait to join Tom Nash, Michele Wolkoff and the brilliant creative team already in place at Ink, and to get started.”

Simon and Stephen Cornwell added: “We are thrilled that Katherine has chosen to join our team to lead our creative endeavours. Katherine brings both insight and experience, combined with great industry relationships. Katherine has an impressive track record of collaborating with strong established talent while at the same time developing emerging voices.  It’s incredibly exciting to embark on the next stage of The Ink Factory’s growth with Katherine, and we could not have a better person to lead both the shaping of our slate going forwards and our gifted creative team.”