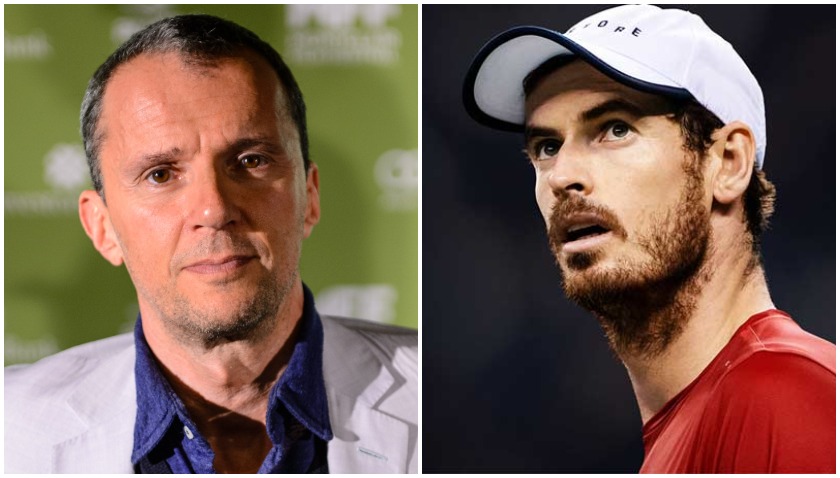 The Oscar-winning doc producer behind the likes of Searching For Sugar Man and The Imposter tells TBI that sports films are increasingly “about story and the human level of the story”, as demonstrated in Amazon Prime Video’s Resurfacing, which follows tennis star Andy Murray’s long road to recovery over the last two years following a pair of major hip surgeries.

“We could have made a soft, puffy film that would have been entertaining up to a point but the landscape is there to make intimate films like this, though you’ve got to be bold enough to do that,” he said.

“You can still make films that are bland, and it may be about someone really famous, but they’re not really telling you a story you don’t know.”

Amazon boarded the film – which was directed by Murray’s sister-in-law and doc maker Olivia Cappucini – this spring, with Battsek highlighting that the streamer did not provide any “specific notes” on the direction.

TBI understands there was also interest from Netflix and ESPN, though the film is a solid fit in Amazon’s growing sports-focused non-fiction slate, which includes All Or Nothing: Manchester City, All Or Nothing: New Zealand All Blacks, and All Or Nothing seasons with American football teams, as well as Take Us Home: Leeds United, Make Us Dream, Inside Borussia Dortumund and El Corazón de Sergio Ramos.

Murray tells TBI that the streamer was also a natural partner given its aggressive play for ATP tennis rights in the last two years.

“Amazon has only quite recently gotten into tennis and obviously they have started to do many more sports docs as well, and this was something they were interested in right from the beginning,” he says.

The athlete commended the platform’s flexibility in allowing him to work closely with Cappucini, with Passion Pictures’ Battsek only coming on board late last year.

“It was really important for me that – because I built up a really good relationship with Olivia – she was able to just be her. I didn’t want more people coming in and trying to change things and do things differently. They were happy with that and that’s why I hope the film has turned out well.”

The idea for the film came from Murray himself, following his initial hip surgery in January 2018. “I thought it might be interesting [for athletes and sports fans] to watch the rehab you’re doing, the training and just a bit of behind the scenes stuff you don’t normally get to see”.

However, as Murray’s recovery process dragged on – with early retirement mooted earlier this year – the film became something much different, he says.

In the documentary, the Scottish athlete is extremely candid about the frustrations of rehab and the uncertainty for himself, his team and his family as to what the future might hold if he is unable to play again. The film, in turn, is a far more intimate and unconventional sports film, with a deeply vulnerable protagonist at its centre.

Battsek, one of the UK’s leading doc producers, says he is accustomed to such deep access with subjects but he “doesn’t think you’ll ever find an elite athlete at any level who’s ever allowed themselves to be as open as [Murray] did with Olivia on this film.

“I’d certainly never seen a film that does that,” he says.

Murray, as well, says he hasn’t always been so open with his feelings, but that telling the truth about the severity of his injury and career limbo has been “a massive weight off my shoulders”.

“In sport, from a really young age, you’re taught that emotions are bad and you shouldn’t show them or talk about them because if your opponent sees that, it’ll give them strength,” he explains.

“I’d always worked with lots of men and I never wanted to show them that I was struggling or really nervous before a big match. But once I did show emotion a few times publicly, it actually helped me a lot. Especially during this period, when people were asking me, ‘How’s your hip?’ and I didn’t want to say, ‘I can’t serve’ because I might compete against them. But when I opened up in Australia it was a massive weight off my shoulders to actually say what I was feeling and that I was really struggling and going through a difficult time.”