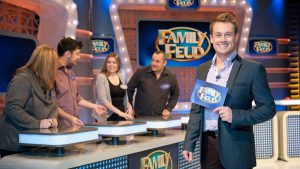 Canada’s CBC is preparing to launch a local version of classic gameshow format Family Feud after striking a deal with distributor Fremantle.

Family Feud Canada (60 x 30 minutes) will mark the first English-language version of the format to air in the country and will be hosted by actor and comedian Gerry Dee. Zone3 is attached to produce, with Isabelle Roy and Jeffrey Wraight onboard as executive producers.

The show is set to launch on CBC and sibling streamer CBC Gem from December, airing four evenings a week. Fremantle will hold distribution rights to the Canuck version, with the deal struck by the company’s SVP of Canada and international Michela Di Mondo.

The format features families from across the country as they compete to guess the most popular answers to family-friendly survey questions from a sample of Canadians.

“Family Feud Canada will build on the success of Fremantle’s popular format by offering an opportunity for audiences to connect and celebrate with families from all across Canada,” said Sally Catto, GM of programming at CBC. “We are looking forward to reflecting our country’s diverse range of experiences and perspectives with this fun glimpse into the lives of Canadians four nights a week.”

Family Feud was first introduced in the US in 1976 and has sold into more than 70 international markets to date including the UK, Australia, France, India and Indonesia. Local versions will also soon be launching in South Africa and Ghana. Family Feud’s US anchor, Steve Harvey, is on board to host both shows.