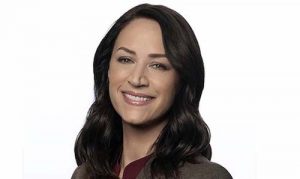 WarnerMedia has appointed former Fox and Electus exec Corie Henson to head up unscripted for its TBS, TNT and truTV brands.

Henson becomes EVP and head of unscripted programming for the three networks, with a remit across creative development and production. She reports into Brett Weitz, general manager of TBS, TNT and truTV.

She was most recently EVP of alternative entertainment at Fox, reporting to alternative president Rob Wade, where she worked on shows including The Masked Singer and MasterChef.

Before that she worked at Electus on shows such as Running Wild With Bear Grylls and was also VP of alternative series for ABC.

“We couldn’t be in better hands as we make a big push on our unscripted business,” said Kevin Reilly, president of TNT, TBS and truTV, and chief content officer at HBO Max. “With Corie’s leadership, we intend to increase output and momentum in our already solid base of unscripted shows.”

Weitz added: “Corie has an incredible reputation for bringing in top tier talent and building undeniable shows that resonate with broad audiences, and she also has a deep appreciation for our networks.

“Her understanding for how best to create unscripted series will capture the distinct spirit of each of our brands and help shape a robust unscripted strategy.”

Henson added: “With three premiere networks and a highly anticipated streaming service down the hall, there is a home for any format, any genre and any character. Not only can you do anything here, we’re going to get out of your way and let you do it.”