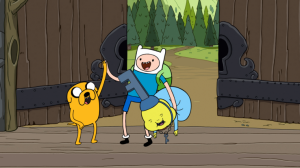 The Adventure Time: Distant Lands quartet will continue to explore the lives of Finn, a human, and his dog Jake as they travel around a magical land known as the Land of Ooo.

The shows will be debut exclusively on HBO Max in 2020 and will be produced by Cartoon Network Studios.

The orders mark a return for the series that originally ran for 10 seasons between 2010 and 2018 on Turner-owned Cartoon Network, now part of HBO Max owner Warner Media.

Disney Channel has ordered an 11-part live-action time-travel series from writer and executive producer Tracey Thomson (The Young And The Restless).

Sulphur Springs follows a 12-year-old boy whose family move into a dilapidated hotel that is rumoured to be haunted by the ghost of a girl who disappeared decades ago. The show is from Gwave Productions and will star Preston Oliver (Chicago Fire) and Kyliegh Curran (Doctor Sleep).

Chuck Pratt will serve as showrunner and executive producer, with Jennifer Phang (Cloak & Dagger) directing the pilot episode. Production is set to begin in New Orleans in 2020.

Jonas Agin, VP of originals at Disney Channel, described the show as “a truly genre-bending mystery that will help re-define the types of stories we tell on our network. It’s a chilling, heartfelt, funny adventure that we can’t wait for our audience to tune into.” 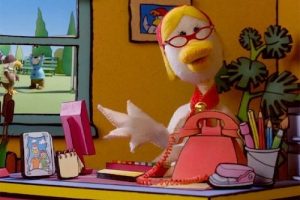 CCTV in China has struck a deal to air preschool series Hana’s Helpline, which was originally commissioned by S4C in Wales and Channel 5 in the UK.

The agreement was agreed with The Media Pioneers (TMP) on behalf of Hoho Rights, the commercial arm of kids’ production company Hoho Entertainment. TMP is Hoho’s exclusive distribution partner in China for Hana’s Helpline.

Hana’s Helpline was produced by Wales-based Calon TV and is a stop-motion animation series about a dedicated duck agony aunt who is always at the end of a phone.

Nordic streamer Viaplay has commissioned second and third seasons of its kids series Fixi In Playland.

The animated series, whose first season premiered earlier this year, will premiere exclusively across the Nordic region on Viaplay from 2020.

The show (known as Fixi I Playland in Sweden) follows an animated squirrel with a robotic arm who lives behind the Viaplay screen. The show, aimed at kids aged 5 to 8, is designed to encourage kids to solve puzzles and to take an interest in both technology and physical exercise.

The new episodes will again be produced by Splay One, which is backed by Viaplay owner Nordic Entertainment (NENT) Group. It joins an expanding kids slate for the Nordic streamer that includes The Great Escape and Saga’s Stories. 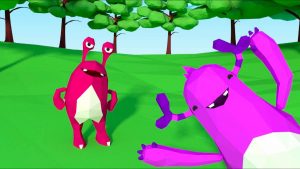 The non-dialogue 3D web series features two space travelers who are exiled to Earth for being lazy, with the series following the duo as they explore the planet. The first season launched in Russia in 2019 and a second is in the works for a spring 2020 release.

The deal marks the first international distribution deal for Red Carpet, as well as the launch of the series in North America.

Natalia Ivanova-Dostoevskaya, vice general producer of animation business development at Red Carpet Studio, said: “This deal marks a significant move for us and we are so excited to have Ameba TV as our first international distribution partner and to have our first North American deal be with the leader in streaming content to young audiences in the US and Canada.”

Tony Havelka, CEO of Ameba, added that the pick-up highlighted his company’s “new initiatives in working with international content producers to attain original content for our audiences.”