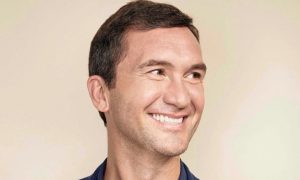 Richard Tulk-Hart is stepping down from his role as A+E Networks MD of international distribution, formats and co-productions to join Marcella producer Buccaneer Media.

Tulk-Hart becomes joint CEO alongside company founder Tony Wood and will oversee the commercialisation of Buccaneer’s projects and driving business growth, with Wood focusing on creative development and production.

Prior to A+E, Tulk-Hart worked at Miramax, where he was SVP and head of international, and Fremantle, where he was VP of sales for EMEA.

The appointment comes as Buccaneer looks to expand its scripted output, with projects in the advanced stages of development including Crime by Irvine Welsh, The Reykjavik Confessions with Baltasar Kormakur, Moths by Ingeborg Topsøe and Julius by Lars Lundström.

Buccaneer, which was formed as a joint venture with Cineflix Media in 2013, is also in post-production of the third season of Marcella, the Hans Rosenfeldt crime drama starring Anna Friel, for ITV and Netflix.

Wood described the appointment as a “game-changer,” adding that his company’s development slate “together with Richard’s heavyweight commercial expertise feels like the final piece of the puzzle for our business and I’m thrilled to be working alongside him.”

Tulk-Hart added: “In such a competitive environment Tony’s creative talent gives us the edge from which I can launch the business. I wish my incredible A+E colleagues every success and look forward to working with them in the future.”