All3Media launches US prodco with ‘Made In Mexico’ producer Kevin Bartel 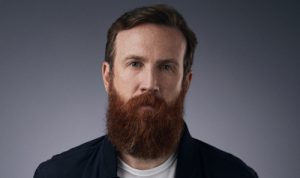 All3Media America is backing a new production label that will be headed up by Kevin Bartel, the producer behind Netflix show Made In Mexico.

Bartel is a former EVP of Love Productions USA, which has been behind shows including Westside for Netflix and Great American Baking Show for ABC. Prior to that, he worked as a former executive with the US arm of fellow All3-backed outfit Studio Lambert and was VP of development and current programming at Spike (now known as Paramount Network).

Jane Turton, CEO of All3Media Group, said: “The demand for high quality and innovative content is greater than ever and Kevin is exceptionally well placed to respond. He is equally comfortable developing and producing long-running popular formatted series and creating filmic documentaries in the global marketplace.”

Tim Pastore, CEO of All3Media America, added: “[Bartel’s] focused passion for the business and the art form is inspiring, and we at All3media America are thrilled with the limitless possibilities as his company will flourish for many years to come. Kevin is a natural addition to our growing group of world-class storytellers.”

Best Production already has projects in production for linear cable and SVOD platforms as well as a slate of advanced development, all of which is yet to be revealed. The company has also appointed Jeff Garcia (Made In Mexico) as its EVP and head of development and current programming, with Myke Clarkson also joining as VP.

Bartel said: “Our goal at Best Production Company is to develop series that have longevity and empower the entire production community to push the envelope in a way that ignites them creatively to do their best work.”