How AVOD & SVOD are rewriting the rights rulebook once again (Column) 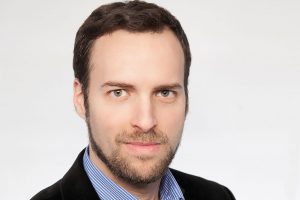 Pernel Media president Samuel Kissous reflects on another busy MIPCOM, where the shifting demands of the fast-growing AVOD sector and their SVOD counterparts are again impacting how producers, distributors and broadcasters do business.

Anticipation for this year’s MIPCOM was relatively high following the more subdued MIPTV in April – with The Majestic’s bar and restaurant back to their old busy selves. And on the whole, it appeared there was much more hustle and bustle in Cannes this time around.

Our own meetings were completely back-to-back and as the week went on, there was plenty of talk – and concern – from distributors about the increasingly complicated rights landscape as a growing number of global SVOD players continue to propel themselves into the market, now joined by AVOD platforms.

After Netflix CEO Reed Hastings suggested at the RTS Convention in Cambridge last month that the US streamer may now be more flexible with the global rights they once pushed for so rigorously, it feels that the rules have yet again been re-defined for distributors and broadcasters. Indeed, it was reported in Cannes that rights to Netflix’s epic original drama The Crown will apparently soon be heading back to Sony Pictures Entertainment – a massive reversal to linear distribution. How the game has changed.

In the past, some traditional linear broadcasters could have seen Netflix as the enemy, but are they now viewing them as more of a strategic partner? Will more of the shows that originated on these platforms now actually be up for grabs by linear broadcasters going forward?

All this led one distributor to tell me how they are now “constantly re-thinking their contracts” and are wondering how they are going to get any sort of deal down an increasingly uncertain road, particularly with traditional broadcasters asking for more global rights themselves. It makes life far more complicated and means distributors have to be much more nimble and understand there are so many different ways deals can work.

Meanwhile, on the programming trends front, it felt like there was a strong resurgence in the natural history space. ITV Studios Global Entertainment launched a raft of wildlife titles at MIPCOM, following on from Apple and Netflix announcing their big natural history series. It’s a genre that will surely now be in even more demand in this globalised platforms era. Natural history always makes for strong family viewing and can be appreciated universally by different cultures worldwide. It’s interesting that something as old fashioned as natural history has now become so modern with shows increasingly dramatised and emotional in tone.

Elsewhere, I felt factual and specialist factual genres were showing real strength at MIPCOM, with topics like science, history and engineering seeming in very high demand. And while true crime and World War II will always remain strong schedule stables, there was slightly less demand for them at this market – because there is simply so much over-supply.

In the formats space, once again I did not see too many new original ideas. What I did see were plenty of shows re-visiting the music entertainment space and applying a more humorous tone; most likely down to the success of the likes of reality singing competition The Masked Singer. But this show is one of only a few new tentpole formats currently in the industry. On the other hand, there are a small crop of small to medium-sized formats that are actually tackling the big issues such as the environment, social concerns and current affairs – so maybe this is where the refresh is really happening.

As Dorothy Byrne, head of news and current affairs at Channel 4 in the UK, reminded us at the Edinburgh Television Festival, TV has a responsibility to make us think about the big issues – and maybe formats should do that too.