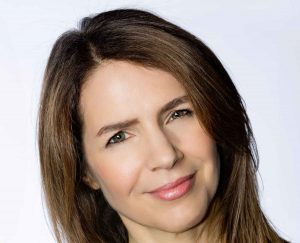 Viacom International Media Networks (VIMN) has promoted Jill Offman to an expanded position at its global studios division, whose UK arm is now poised to move into scripted development.

Offman becomes MD at Viacom International Studios (VIS) with immediate effect, where she will oversee all English-speaking markets.

She assumed management of the UK arm of VIS in April, rebranding it from Elephant House Studios, and in her new role will add content sourcing opportunities for Canada, Australia and New Zealand, in addition to her existing remit overseeing VIS UK.

VIS UK is also now moving into scripted development, beginning with a slate of five co-production projects that have debuted here at MIPCOM this week. The projects – The Gold, Artemisia, Natalya, Sleepless and The Turkish Detective – are being developed as part of VIS UK’s strategy to secure commissions from third-party broadcasters and SVOD platforms.

The move into scripted development follows yesterday’s announcement that VIS UK is set to produce its first scripted kids’ show for Nickelodeon International and is a shift in focus for the division, which has primarily produced factual content for Viacom’s UK TV networks such as Channel 5.

Offman said: “This is an incredibly exciting time in global drama, with an intensifying battle for the best talent, ideas and scripts. I’m delighted that VIS UK is joining the fray with these fantastic projects, and I’m looking forward to finding partners across English-speaking territories who share our passion for extraordinary stories.”

Also on the slate is Sleepless, a 6 x 60 minute supernatural crime drama based on the novels by James Nally, and The Turkish Detective, a 6 x 90 minute returning detective series set in modern day Istanbul based on the Inspector Ikmen novel series by Barbara Nadel.