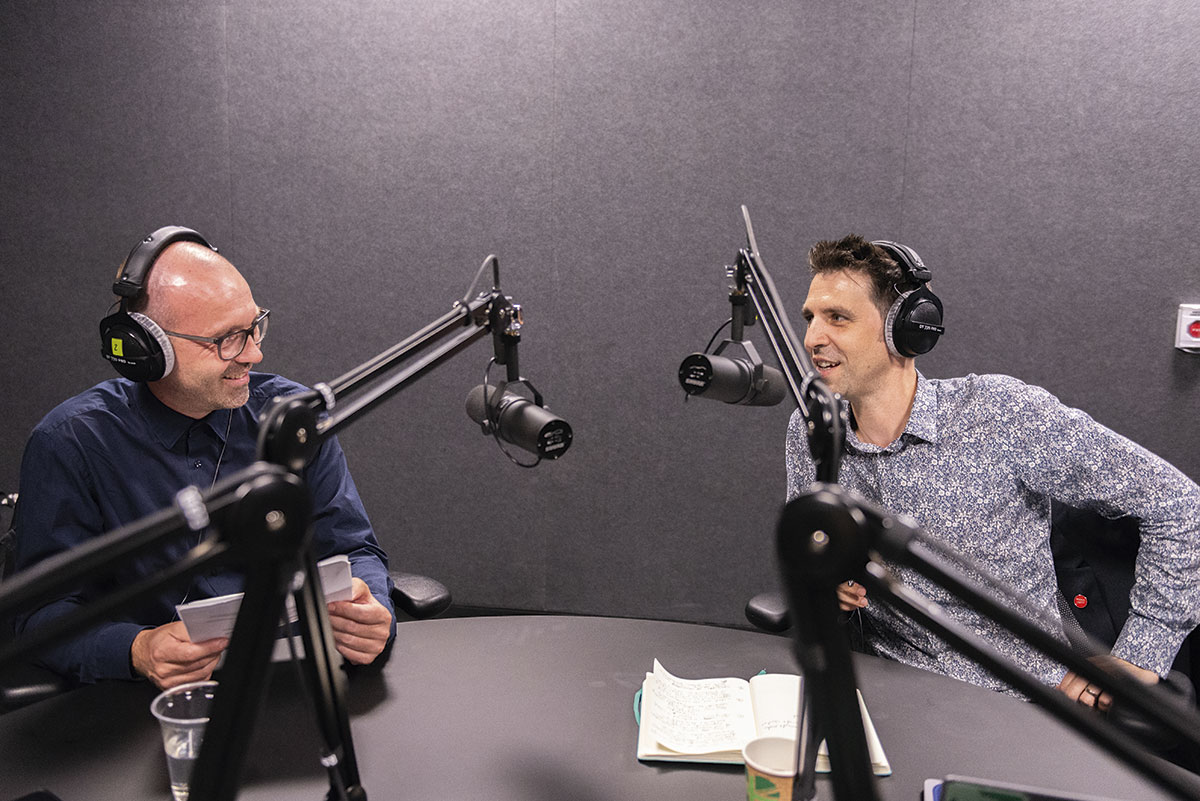 TBI’s ‘One to One’, in which industry heavyweights put each other in the hot seat, returns with the powerhouse coupling of Facebook’s Dan Biddle and Barcroft Studios’ Sam Barcroft, who lift the lid on the challenges and opportunities of producing for Facebook Watch. By Manori Ravindran

Biddle and Barcroft are no strangers to innovation. They’ve worked together in a number of different capacities for Facebook and its year-old video platform Watch. Barcroft is the founder and CEO of Barcroft Studios, the 16-year-old digital video publisher and producer known for award-winning factual channels on YouTube, Snapchat and Facebook, while Biddle – former director of strategic innovation for Twitter and editor at the BBC – is strategic partnerships manager for entertainment at Facebook.

Barcroft’s relationship with the social media giant began several years ago when the business “took a punt” and started uploading original content to Facebook, not expecting any financial return but looking instead to build an audience base. That audience is now well established, with Barcroft TV boasting more than 1.3m followers. The business recently scored its first Watch Original commission with Incredible Homes, which takes full advantage of Facebook’s interactivity.

Sitting down at Facebook’s Oxford Circus office to reflect on the evolution of Watch, Barcroft and Biddle take turns interviewing one another, discussing what creators need to know about leveraging video on Facebook; the difference between monetising video as a partner and producing Watch Originals; and how Ad Breaks can bring big money to the table.

SB: Can you explain how the Partnerships model works for producers interested in getting shows on Watch?

DB: The majority of content on Watch is there because you or anyone can upload video to Pages, as long as it’s within Facebook’s terms and guidelines. Secondly, you can also start to monetise it in an open platform, and when we reach a certain scale and ambition, we can work together in Partnerships to see how we can make that more effective as a viable business model through Ad Breaks or other formats and funding. Thirdly, you get to Originals, such as Incredible Homes and Red Table Talk, where we look at whether this is a real opportunity to make something unique that could only happen on Facebook, and therefore needs that little bit of ushering and care and higher level of partnership 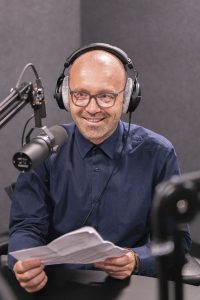 SB: That’s what I learned through the development process – that we had to bring something that could only exist on Facebook. The audience had to interact with that content on Facebook in a way they couldn’t do with TV

SB: Where is Facebook going with video? How will the interactivity evolve?

DB: With any new product launch or feature, you realise a lot of it is based on the idea that this is what users want and is based on user behaviour. You see that continue to develop on Facebook or Instagram, with features that lean into user behaviour

SB: So, the user experience is designed to increase interactivity and dwell times on Facebook platforms? Is that right?

DB: Yeah, to make it easier for people to find the video they love and easier to connect with the brands, whether it’s directly speaking to talent, to other fans, or whether it’s the brand itself having some interactions and engagements, whether through social features such as Watch parties, or polling, where you can get people’s opinions and get them to engage

SB: If we’re making a show for the BBC that is more linear-focused, we are making a 2D video file and delivering that with a few materials around the edges. Whereas with Facebook, there is opportunity to do much more with the types of tools that have been developed for multiple reasons and communities. We found that quite exciting, but it’s also quite nerve-racking

DB: How does that interactivity change your production methods?

SB: When we made Incredible Homes, we were encouraged to work with the product team in San Francisco to work out which features of the social platform we could test and which we could integrate. The show amalgamated into a competition format between different people who were building remarkable places, so viewers could decide their favourite home out of each episode. We deployed polling as well as 360, and it was really fun to commission a show together that actually deliberately baked in that platform ability into the editorial. I suppose Charlie Brooker doing it with Netflix is another example of having that as an opportunity to innovate 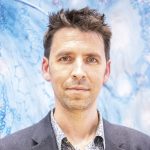 “We’re bringing a new dimension to storytelling and video that is generally very rewarding. But there are ups and downs and we learn all the time.” Dan Biddle

DB: That’s how we approach the Partnerships. Whether it’s the Originals, where we would ferment innovation at a high level and experiment with formats that perhaps wouldn’t be able to be made without that level of interaction and engagement from us, but also at the Partnerships level. There, we work on a day-to-day basis and can continue to support you, give you access to new features and talk about where we’re working together well and what formats are working well

SB: How do you manage the expectations of partners?

DB: It’s just a case of test and learn. Because of the analytics that go alongside Facebook video, you can look at where the loyalty is and where the returning views are. You can also look at CrowdTangle and see why something was engaged with more than another. Was it timing? Was it the sequence of events? Was it a zeitgeist moment? With all things, you catch lightning in a bottle sometimes and other times, it doesn’t quite catch fire

SB: You’ve been partnering with various news organisations, such as the BBC, Channel 4 and Le Monde. Is that a model that has helped those businesses innovate? Is that something you’re doing to ensure there’s a spread of news opinion and fact on the platform?

DB: We’re working with them to find lots of different ways and models to inspire and ferment innovation and find what really works with a unique platform like Facebook for video. It’s allowed those broadcasters, news gatherers and producers to think differently and to use vertical video, think mobile first – truly mobile first – and think of content for that generation

SB: They’ll be going through the journey we went through as a producer-publisher over a number of years, which is realising the things that do really well on the platform and what does less well 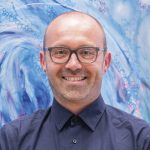 “We took a bet on the fact that Facebook, in the end, would turn advertising on and then split that money on partners, which it didn’t do for quite some time in all honesty. We were willing to take that risk.” Sam Barcroft

DB: They want to experiment and find those audiences that are harder to reach on new devices and new places, and to tell stories that are apt and suitable for those devices and audiences and find new behaviours around video. We’re bringing a new dimension to storytelling and video that is generally very rewarding. But there are ups and downs and we learn all the time

DB: How does Barcroft approach developing IP, and how do you think about Facebook in that development process?

SB: Almost all of the original content we’ve put out exists based on our own investment, and that means we care deeply about the outcomes. If we spend tens of thousands of pounds on an episode of a show and it doesn’t rate, that’s a real issue for us. We have eight main shows on Facebook that return at least every week, so our approach is to build brands and franchises. The way we do that is to test a lot of different types of shows and double down on the ones that work and try a second episode around a certain subject area. Our shows are mainly short-form to medium-form doc episodes between 5-15 minutes long. We lean into repeat testing, so we schedule shows we know work really well as often as we can, and shows we want to develop, we spin off and try them out. If they work really well, we do more, and if they continue to work, we spin them into new shows 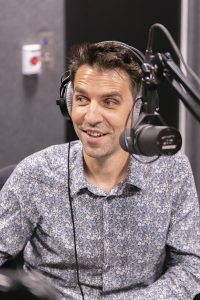 DB: How does our Ad Breaks programme and monetisation scale enable that?

SB: When we first did it, we took a punt by uploading original content into the Facebook system knowing we wouldn’t make any money and essentially trying to build an audience base. We took a bet on the fact that Facebook, in the end, would turn advertising on and then split that money on partners, which it didn’t do for quite some time in all honesty. We were willing to take that risk

It paid off because when Facebook was assessing initial beta partners they wanted to have in Watch, they found there were a lot of original, high-quality episodes of shows that were already in the environment, with audiences that were already established on our Barcroft TV channel. Now, it’s a really important part of our income. And now that Facebook is selling advertising in more countries, our return on investment is improving

SB: With all the learnings Facebook has had in video over the last five years, where is this all heading? Are there trends people are going to double down on over the next few years?

DB: Video is a number of years old but Watch itself is only a year old internationally. We’re already seeing 720m people watching for at least a minute every month, and we have 140m watching for at least a minute every day. We have people who didn’t monetise video at all, and in the last year, they’ve seen three times growth on the platform. There are now three times as many people making $10,000 a month out of Watch as were making that previously. It’s all progress.