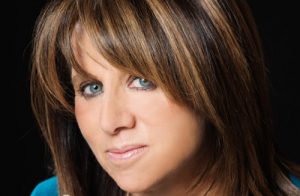 Angel previously produced BBC2 show Tea With The Dames while at Field Day, as well as Channel 4 observational documentary Inside The American Embassy and the short-form series Missed Call, which was co-produced with All3 sibling Little Dot Studios.

Jane Turton, All3’s CEO, said Field would bring “a great slate of ideas and developments that are designed to meet the growing demand for high-end factual and specialist factual content from UK and international broadcasters and platforms.”

Angel, who becomes MD and creative director of Angelica Films, added: “The Angelica team is thrilled to have found a home at All3 and excited about bringing our creative storytelling to the table and working with All3 and the best talent in TV to offer something new to the market.

“Although it’s early days for Angelica, we are delighted to already have two projects in paid development,” she added, without giving further details.

All3’s international network of production and distribution outfits now consists of 30 companies, with including Fleabag, Gogglebox, Call The Midwife and The Circle.

The creation of Angelica Films follows recent deals including a multi-year partnership with Relevé Entertainment and the launch of an original content development fund partnership with Cinetic Media.