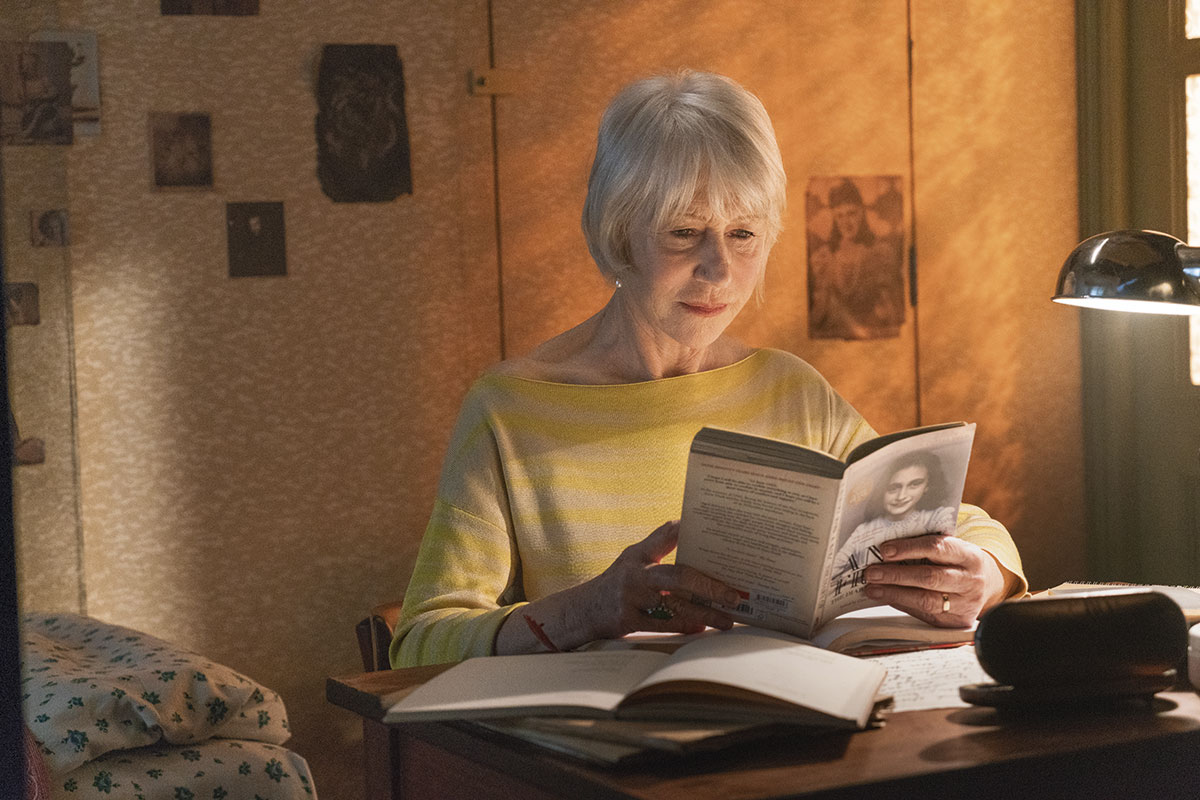 It’s astonishing to think that Anne Frank might still be alive today, had the horrors of the Holocaust not cruelly cut short her life.

To mark what would have been her 90th year (she was born in 1929), this Italian-made 90-minute documentary tells the story of the Jewish teenager’s life through the pages of her diary, a text that has made the tragedy of Nazism known to millions of readers all over the world.

Frank’s story is intertwined with that of five Holocaust survivors, who were teenage girls just like her: Arianna Szörenyi, Sarah Montard, Helga Weiss and sisters Andra and Tatiana Bucci.

British actress Helen Mirren retraces Frank’s story through the words in her diary. The set is a reconstruction of her hiding room in Amsterdam. Meanwhile, off set, a young actress (Martina Gatti) introduces the places that were part of Frank’s short life and her feelings.

The film is produced by 3D Produzioni and Nexo Digital and, crucially, has been made with the co-operation of the Anne Frank Fonds Basel, the rights holder to Frank’s diary.

“The most important challenge has been to get the rights from the foundation to use Anne Frank’s words,” says Nexo Digital’s head of sales Veronique Commelin. Citing the participation of Mirren, as well as the five Holocaust survivors, Commelin explains that “few projects about the subject have received such endorsement”.

#Anne Frank. Parallel Stories will have a limited theatrical release in the US, Canada, the UK and Australia from October 2019. Nexo Digital is looking to sell the documentary worldwide at MIPCOM, except for a handful of territories where it has already sold: the Netherlands, Belgium, Russia, Israel, Italy and Spain. Commelin bills it as a “potential prime-time show” on major TV channels and SVOD platforms. “This is a universal topic, an event for a large audience, reconnecting all generations together.”