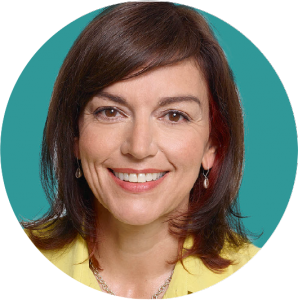 Before you started making news in the TV world you were writing about it, what made you make the jump?

I had just published an edition of the TV trade paper TV World, with Bananas In Pyjamas on the front cover. There may have been good reason for this peculiar editorial choice, I can’t recall, but I’d gone into journalism to put the world to rights, to do a ‘Woodward and Bernstein’, so the sight of two anthropomorphic bananas wearing striped pyjamas sent me into an existential crisis. Also, I’d been in business journalism for about eight years by this point and I was starting to feel like a fraud – never having done any real business myself. So, when I was offered a job at ITEL (co-owned by ITV and HBO), I took it.

What did you learn in your first few roles in the business and how did they help you in what you do today?

Humility. I quickly learned respect for the talent and graft required to thrive in a sales environment. My colleagues at ITEL welcomed a slightly pompous journo into their midst and taught me the ropes without judgment (thank you Jane Dockery). After 20 years, these people are still close friends. From ITEL, I moved into commissioning, which gave me a much deeper understanding of the viewer and the B2C world of broadcasting. Guess what? We’re not solely here to sate our creative juices, we’re here to serve the viewing public. Around this time, I also realised that I rather enjoy being out of my comfort zone. That’s when I headed to New Zealand to run a film and TV production company, where my comfort zone was somewhere over the horizon and I produced New Zealand Idol.

You oversaw a soaring business at Sky Vision, what were the key drivers of that growth?

A clear vision, amazing backing from Sky and the best team I could wish for. Sky gave us the commercial and creative freedom to evolve and shape the business as we saw fit. Consequently, we were not burdened by protocol or precedent. It sounds like an oxymoron, but Sky Vision was built on the notion of ‘bespoke scale’. The other key driver was our deficit-funding model at Sky, whereby Sky Vision was given the license to manage considerable risk in order to build the drama slate of high quality at pace.

Over the course of your career, which deal are you proudest of and why?

It’s not a deal as such, but when I was a union rep for the National Union of Journalists at Haymarket Magazines in the early 90s, I was part the team that took London magazines on strike after our managements derecognised the union. It was scary as hell, as my career had only just begun. After senior managers at Haymarket referred to me in a memo as ‘Jane Millitant’, I assumed I was toast, but bizarrely, I received a promotion once the industrial action died down. A lesson in sticking to your principles.

How do you foresee distribution changing over the next three years?

The new big challenge for distributors will be the move by content creators to harvest their rights to feed their own streaming ambitions. But the fact remains, we still need the international market to enable us to maximise our IP. The way in which we do it may change, but if we are prepared to adapt, we will survive. Evolution is the key.

What show that you have worked on sticks in your memory and why?

Most Haunted was the first show I ever commissioned at Living TV in 2000. It was a ghost-hunting show that just seemed to catch the TV and public zeitgeist.

Tell us about a favourite memory from a TV-related event.

Banff Film and TV Festival in 1993. Standing on the edge of Lake Louise in Alberta, Canada, I remember pinching myself. Someone was paying for me to be there. I hope I never lose that sense of wonderment.