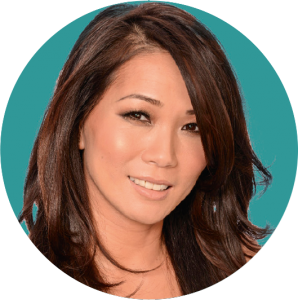 Few have had as much impact improving the diversity of a studio’s content pipeline than Keli Lee, former ABC casting head and current MD of international content and talent for ABC Studios International, who has launched countless careers. Lee is this year’s winner of the Contribution to Content Award

What inspired you to form the ABC Talent Showcase, now known as ABC Discovers, back in 2001?

My family immigrated to the US from South Korea when I was two years old. As an outsider trying to fit in and assimilate quickly, it wasn’t until years later when I noticed that America had a great, diverse population but very little representation in TV and film. In 2001, it was hard not to notice this problem. But I could do something about it. In my position, I could create opportunities for diverse, inclusive talent and this representation of the communities we live in will deliver long-term business value.

Could you have predicted the success of the programme?

In 2001, it was the industry’s first of its kind program which I created with the simple idea of finding, developing and casting diverse, inclusive talent to change the face of television, one face at a time. My team and I learned how to identify, train, develop and mentor the next generation of emerging actors, writers and directors – while also learning how to produce a live show. I’m so proud of the success of the talent who participated in our programs at early stages of their careers, including Gina Rodriguez of Jane The Virgin, Chadwick Boseman of Marvel’s Black Panther and 12 Years A Slave’s Lupita Nyong’o.

What do you make of Hollywood’s efforts to cast more diversely?

It’s encouraging and I’m so proud that the commitment to diversity and inclusion comes from the very top of The Walt Disney Company and it’s reflected in our movies and TV series. But I would love the day when we won’t need to talk about diversity and inclusion because it will be part of our everyday experience in the industry.

How have you found the transition from a more domestic casting role to managing the studio’s international efforts in programming?

Although I was based in LA, I’ve always been passionate about not only finding diverse talent but also securing international talent such as Priyanka Chopra (India) for Quantico and Sofia Vergara (Colombia) for Modern Family. The transition to building the first international TV studio for The Walt Disney Company has been a challenging but fun and fulfilling ride.

What has been the most challenging aspect of building out the international pipeline?

Operating on all time zones. In three years, we’ve produced three series: Harrow (two seasons produced to date); The Gloaming, which just finished production and is going to market; and Reef Break, which finished airing on ABC in the US. Two new series are commissioned for 2020 and 33 projects are in development across Europe, Asia and Australia. There aren’t enough hours in the day.

How have you sought to replicate the successful casting initiatives you founded in the US overseas?

My goal is to create the initiatives for writers, directors and actors in international markets, but since I had a big learning curve moving to London and starting the first international TV studio, I thought I should focus on one thing at a time, but that will be next.

Is there a particular project you’re most proud of from international?

I’m proud of Harrow. It was our first international production and completed its second season. I’ve had a great experience working with our superstar Ioan Gruffudd, ABC Australia and Hoodlum. It’s been a commercial success and critically acclaimed. I’m also proud of our new series The Gloaming, created by Vicki Madden.

What new opportunities are afforded to your team by the Disney/Fox merger?

The merger has created a number of opportunities and it will be exciting to see what comes next.