‘No rules’ and a new chapter for Sky Studios 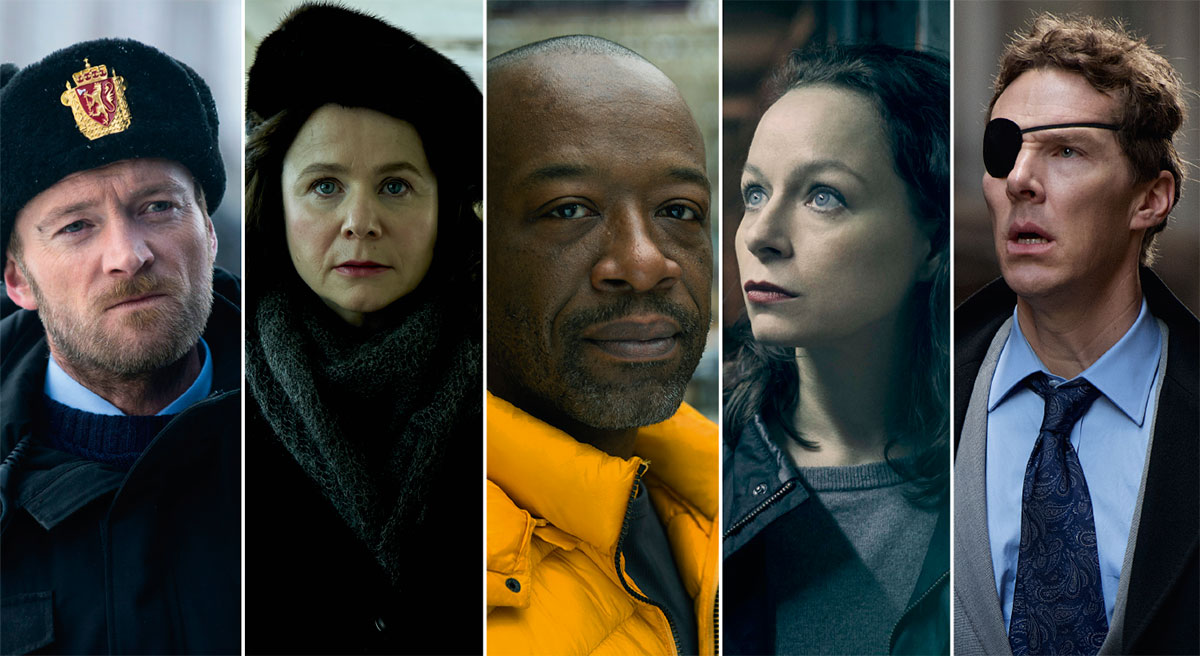 With the backing of Comcast and knock-out collaborations such as Chernobyl, pay-TV operator Sky and its newly formed Sky Studios is emerging as a drama player you’d be crazy to underestimate. Nick Edwards reports

When Sky revamped its original drama output in 2013, it aimed to create material that would match the quality of the series that had come to constitute the ‘Golden Age’ of TV drama, such as Mad Men and The Wire.

A series of glossy, experimental original productions arrived on Sky Atlantic alongside shows imported from the US. Fortitude combined Nordic Noir with a ‘Lost-esque’ sense of the unexplained. Remaking Nordic Noir hit The Bridge as The Tunnel was a bold move – even if it may have left many critics unmoved. Meanwhile, other shows such as Lennie James’s Save Me, the Idris Elba-starring Guerrilla and The Last Panthers with John Hurt and Samantha Morton all showed the pay-TV operator was intent on finding its own voice in an ever developing landscape.

But a few years later, once the dust had settled, audiences and the industry at home and abroad were still waiting for a ‘must-see’ break-out hit to materialise, particularly when Sky UK’s non-English language sister company Sky Italia – with its underground, contemporary mafia saga Gomorrah and Berlusconi-era political thriller 1992 – and to a lesser extent Sky Deutschland with Tom Tykwer’s Weimar Republic-set Babylon Berlin, seemed to be doing just that. Through a pricy output deal, fans of high-end drama in the UK were signing up to Sky Atlantic for HBO and Showtime content such as Game Of Thrones and The Affair rather than their own original productions. 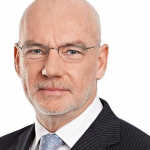 And then Chernobyl came along. The first project to emerge from a $250m co-production deal with HBO struck in 2017, the quality of the show about the 1986 meltdown of a Russian nuclear reactor stunned audiences on every aesthetic level and famously went on to achieve the highest ever IMDb rating for a TV series. But Chernobyl did not come out of the blue. A year earlier, an adaptation of Edward St Aubyn’s Patrick Melrose novels via a partnership with US cable channel Showtime won many awards including a BAFTA award for Benedict Cumberbatch.

Whilst some were put off by the opening episode, which featured Cumberbatch on an almighty bender, the narrative subsequently tackled child abuse and addiction – including some of the best observational scenes on mental illness ever realised in film or TV – and made clear you were watching something at the very high end of TV’s ‘Golden Age’.

Sky’s recently launched global production outfit Sky Studios will incorporate Sky Italia, Sky Deutschland and Sky UK and the business is to double its previous investment in scripted drama to around $1.3bn per year over the next five years.

“In the early days, quite frankly, HBO didn’t need us,” says Gary Davey, CEO of Sky Studios. “They didn’t need us financially and they certainly didn’t need our creative input,” he says, referring to the legacy of landmark TV drama from HBO, which includes The Sopranos, Six Feet Under and The Wire. 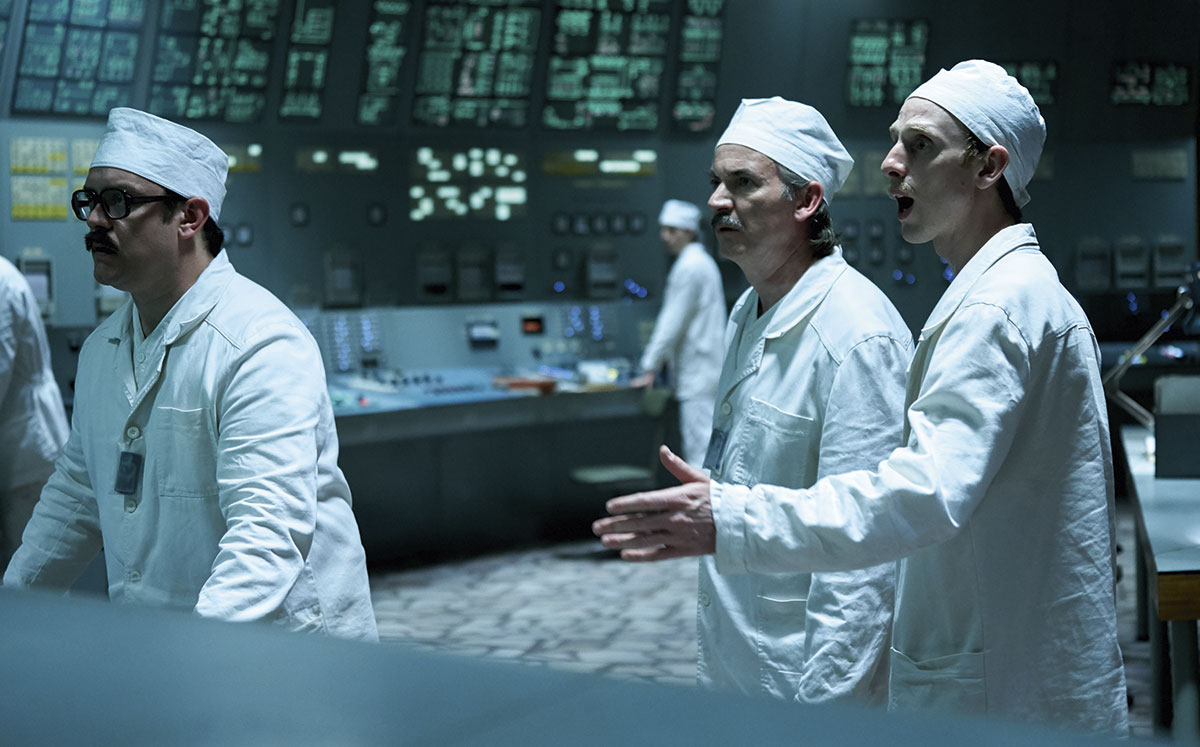 However, it was this gestation period under Anne Mensah, who recently left to join Netflix, and Cameron Roach, who took over the reins as director of drama for Sky Studios, which proved Sky was a worthy partner to the best US content creators. Productions such as Fortitude and The Last Panthers – the director of which incidentally also directed Chernobyl – proved there was no question Sky would support original, fully authored visions without any creative interference from above.

Sky Italia’s The Young Pope, a collaboration with HBO in which the enfant terrible of Italian cinema Paolo Sorrentino directs his first TV series, was particularly pivotal in building this trust, says Davey.

“You have to go way beyond a power-point presentation,” he says. “You actually have to deliver what you say you’re going to deliver.” 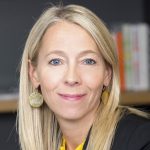 “What shows [such as Chernobyl] do is provide you with a short, sharp impact, and that is massively important for subscription services.” Jane Featherstone, Sister Pictures

Former Kudos exec Jane Featherstone, whose company Sister Productions made Chernobyl and which executive produced Gangs Of London, has witnessed Sky’s development. “It takes a while to get drama working on a network but they’ve really done that now.”

The US industry used to focus only on itself. Being such a large market it, didn’t need to be successful beyond its borders. But as more and more US providers create ‘high-end’ niche content, the sum of audiences across the rest of the globe has become more and more significant. Europe, as one of the wealthiest regions in the world becomes a very attractive partner. And in this new landscape, Sky Studios is very well positioned for US co-producers who want to find a single partner with leverage across the whole of Europe, without having to run around trying to find multiple partners to sign off on financial and creative decisions before anything is greenlit.

Previously, however good an English, Danish or French show, the budget available meant they could not match the production values of a US series, but Sky Studios can now access budgets for UK and European shows that previously were reserved for productions with a streamer on board.

Now owned by Universal Pictures’ parent company Comcast, Sky Studios will also benefit from the infrastructure of one of the biggest media companies in the world.

“To the outside world there won’t be much difference, but we are better co-ordinated across the group in terms of forward planning and our portfolio. Producers will still be experts in their individual territories,” says Roach of the future of Sky’s partners.

The TV drama industry changes significantly every two to three years and for the last few years, the existential threat to public service broadcasters and their commercial rivals has been Netflix. However, with new direct-to-consumer strategies being adopted by the likes of Disney, Apple and Facebook, this is creating significant real-world challenges to Netflix’s perceived dominance. Ominously, for the first time Netflix’s US subscribers dropped off this year and, of course, there is still the very heavy debt burden they carry – the result of a business model that creates and buys more and more content in the hope of growing subscribers before making a profit. Now the challenge for all providers is to get the public to notice a new production in the sheer blizzard of content available to them.

“For Sky and for everybody else, what they need to [do] right now is cut through, [so] you have to pick projects that aim to be explosive,” says Thomas Benski, co- founder and CEO of Pulse Films whose Gangs Of London will air on Sky Atlantic. 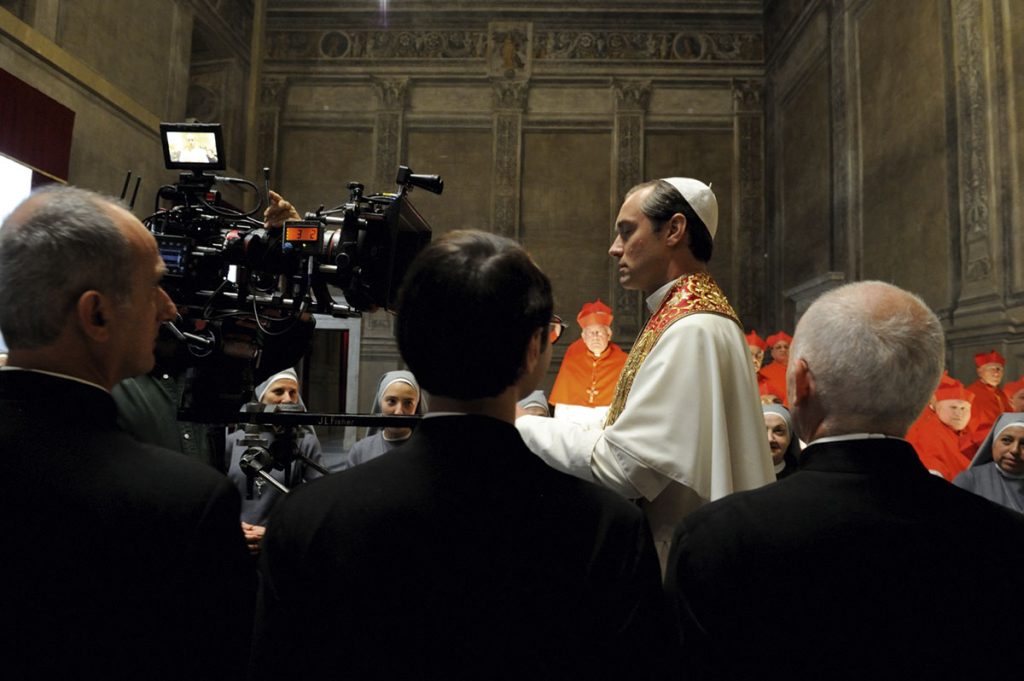 The project, set in a crime-ridden, dystopian capital of the near future, is the vision of Gareth Evans, the celebrated director of the Raid franchise, an Indonesia-set action flick that gained many art-house plaudits. A 20-minute clip of Gangs Of London was shown at the Série Series TV festival in Fontainebleau, France, earlier in the year.

The ultra-violent sequence has the feel of sixties gangster films such as Get Carter combined with the martial arts choreography of Crouching Tiger, Hidden Dragon, and features Londoner of Nigerian heritage Sope Dirisu as lead. Like other break-through hits of recent times, such as Chernobyl, HBO’s Euphoria, and Netflix’s When They See Us, it is unlike anything seen on TV before. These projects shake up the perception of what TV can be. The ethos of Sky Studios is to provide an environment where talent can achieve this level of work.

“Philosophically, you can embark on something that wants to take risks, that tries to break the mould – and at scale,” says Lucas Ochoa, chief creative officer for film and TV at Pulse.

The old US model of long, returning series was about advertising on the networks and sales and syndication for cable providers, such as HBO. Companies needed ‘volume’ in returning series that could be sold around the world, but with these kinds of shows, which are often limited series, the value is not in sales.

“What these shows do is provide you with a short, sharp impact, and that is massively important for subscription services,” explains Featherstone.

Not only do these productions gain coverage in the press and social media, but they also create memorability that makes a TV brand stand out. They can then sit in a provider’s library as part of an overall offering for subscribers. For example, series such as Oz, The Wire and The Sopranos are still considered the best TV of recent years, but were all greenlit before 2003.

“There’s a mixed ecology today,” says Roach. “There will be returning series, event series, as well as special one-off pieces.”

“What’s changed is that things you may not have been able to front as subject matter in the past [such as Chernobyl], you now can, and there is actually a huge appetite for them,” says Featherstone.

Viewers now expect the unexpected and the industry has to consider how it will generate new stories over the next few years. “Part of the ethos of Sky Studios,” says Roach, “is to innovate how development works, and we will work with more new and diverse voices, and be less London-centric [in the UK].”

The recent concern amongst fans and the industry that we have moved from a ‘Golden Age’ to an era of ‘peak’ TV – an over-abundance of high-quality TV drama – should be placated by the quality of these new productions. In fact, it seems as if all these changes in the industry are making TV drama an even richer experience for the viewer. As Sky Studios demonstrates, perhaps our ‘Golden Age’ is simply taking on a fascinating new character.