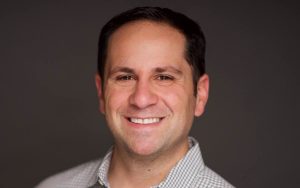 The companies will co-develop and produce a slate of unscripted series under the banner Makeshift Entertainment, with the NV Studios teams in Johannesburg and LA working closely alongside Shaftel and the Hit + Run development team, led by VP of development Noah Korn.

Shaftel and NV Studios’ chief Damien Brown will serve as executive producers on all series produced under Makeshift, which already has three projects in the works.

These include entrepreneurial format Adventure Capitalists, survival/recreation format Make It Out Alive and talent-led investigative show Ghostcraft, which will all be available at MIPCOM next week.

“With the marketplace changing rapidly, we are prioritizing our international reach while establishing different and unique production models,” said Shaftel. He added that the deal with NV Studios would allow his company to “tap into their international distribution and production footprint, providing us access to more talent, creatives and buyers worldwide.”

Hit + Run is currently in production on the third season of I Was Prey for Animal Planet as well as upcoming series Legends Of The Wild for Discovery, Critter Fixers for NatGeo Wild and My Horror Story for Travel. Shaftel also recently executive produced sports documentary series The Story of Rugby, funded by global logistics giant DHL, while NV Studios’ slate includes Real Plastic Surgeons Of Beverly Hills and Being Mandela.