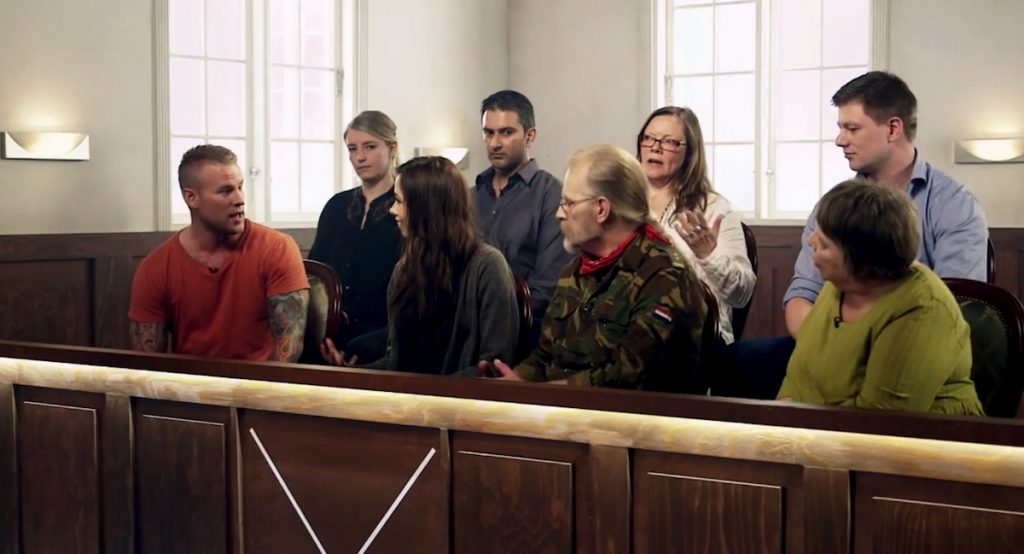 Judge For One Day

Media Ranch’s Judge For One Day gets Belgian remake

RTL Belgium has ordered a local version of Media Ranch format Judge For One Day, which is going straight into production.

The format explores what happens when eight ordinary people are given the opportunity to act as criminal judges for a day. Participants watch the same reconstruction of crimes but then vary in their sentences.

The show is originally a format from Danish pubcaster DR, which aired the show on DR 2, and is part of Media Ranch’s slate for MIPCOM next week.

The Canuck company picked up rights to sell the entire DR format catalogue in the spring, with its shows available at MIPCOM alongside other formats such as gameshow Watch! and social experimental format Get Lost Honey.

Italian network Nove is preparing to air a local version of Keshet International (KI)’s hidden camera gameshow, Deal With It!.

The format, which was originally devised by United Studios of Israel for Keshet Broadcasting, will start airing on Discovery-owned general entertainment channel Nove from October 14, known locally as Stai Al Gioco. The 45 x 45-minute show is being produced by local prodco Magnolia, which picked up remakes rights in Italy, Italian-speaking Switzerland, Italian-speaking Monaco and Malta.

KI has also sold rights to the show in Slovenia, where a 22 x 25 minute series known locally as Znajdi Se! has started airing on Planet TV, with Supermarket Productions remaking the format locally.

A second season is also in the works with Kanal 2 in Estonia, while Record in Brazil has ordered six additional episodes to the fourth season of its 20 x 50-minute original run. Meanwhile, KI has sold the finished tape of all three season of the US version to SIC in Portugal, Angola, Mozambique and Cape Verde.

The series debuted as an original on Crave, the Canuck OTT service operated by Bell Media, and was more recently picked up as a Hulu Original. It has also spawned a German format deal, struck by New Metric Media and WildBrain with ITV Studio’s Imago TV Film.

Mark Montefiore, president of New Metric Media, said: “Following the tremendous success of Letterkenny in North America, we’re looking forward to expanding on the global growth of the series and bringing it to audiences worldwide.”