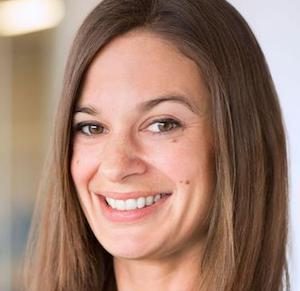 Avalon founders Jon Thoday and Richard Allen-Turner will become co-executive chairmen of the company following her appointment, which marks a return to the producer for Kennedy after a 12 year spell at Lionsgate. She is based out of the company’s Los Angeles headquarters.

She started her career at Avalon as a talent manager in 2001, rising to head of business development before leaving for Lionsgate in 2007. Kennedy joined Avalon after graduating from Harvard College. She also received an MBA degree from Harvard Business School.

During her 12-year tenure at Lionsgate, Kennedy led many transactions including the company’s acquisitions of syndication business Debmar-Mercury, reality producer Pilgrim and management and production business 3 Arts Entertainment.

Jon Thoday, co-executive chairman of the Avalon Group, said: “It’s very rare to have the opportunity to bring someone in who understands the company’s DNA and we are all looking forward to the future in this exciting environment for creative talent.”

Kennedy added: “I am thrilled to be joining the team at Avalon. They have built a phenomenal business, with an impressive talent roster and a high-quality production slate. I am honoured to be granted the opportunity to work with them, and am excited to lead the next phase of the company’s growth.”