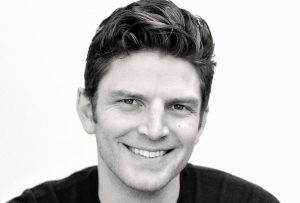 Reardon replaces Allison Wallach, who plans to step down at the end of the year to explore new options although she remains in discussion with the company about possible roles.

Reardon will oversee all creative and take charge of day-to-day operations of Jupiter’s New York and Knoxville offices. He will report to Stephen Land, founder and CEO of Jupiter, who sold a 60% stake to Comcast-owned Sky in 2015.

Reardon has a long history with Jupiter, having co-produced a half dozen projects with the company while at Roc Nation and The Weinstein Company.

Reardon was previously head of the film and TV arm for Roc Nation, the entertainment company founded by Jay-Z, where he developed and packaged content. While there, the division set up a number of series including the BBC scripted co-production Noughts And Crosses and the Amazon docuseries #FreeMeek.

Previously, he held the position of co-head of TV for The Weinstein Company, where he oversaw its Project Runway franchise, produced Time: The Kalief Browder Story and the six-part docuseries Rest In Power.

Of Wallach’s departure, Land said: “For over a decade, Allison has contributed greatly to Jupiter’s success, first as our agent and then as our president. We are confident our paths will cross again as she explores her next chapter.”