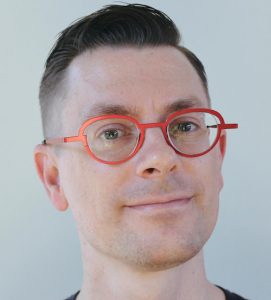 Jennifer Twiner McCarron, CEO at Thunderbird Entertainment and Atomic Cartoons, said Gerhard’s “immense talent will continue to lift and push our studio’s creative and his presence in Ottawa will offer mentorship and inspiration to both Atomic and the entire Ottawa animation community.”

Most recently, Gerhard served as creative director at Alternative Media for Nickelodeon Animation. He was also part of the creative leadership team that developed the virtual reality experience for Rise Of The Teenage Mutant Ninja Turtles and directed Nickelodeon’s first live 2D animation stream for Facebook, titled Loudhouse Live.

Prior to that he worked as animation director for Nickelodeon and has also held roles at Titmouse, Cartoon Network and Warner Bros. Entertainment. 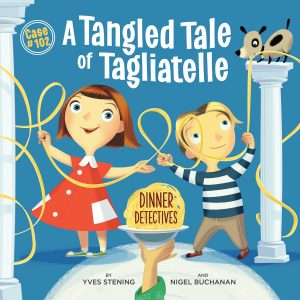 Production studio BES Animation has acquired worldwide broadcast and digital content rights to children’s book Dinner Detectives, with plans to develop it into a TV series.

BES Animation will develop the books into a 2D animated show aimed at 4-7 year olds, alongside a new interactive app and digital content across AVOD and SVOD platforms. Production is set to commence in 2020.

Dinner Detectives was first published in 2017 and was conceived by writer Yves Stening and illustrator Nigel Buchanan. The show follows the story of two siblings who travel back in time and explore the world learning about the history the origins of the food we eat today.

Stening said: “In BES Animation, a leader in animation and entertainment, we have found the perfect partner to take Dinner Detectives to its next stage of creative development.”

Amazon is among companies to have picked up rights to kids series Harry, the animated show from India and Singapore-based studio Cosmos-Maya.

The streamer has taken exclusive SVOD rights for India while Spectrum Film in Indonesia has taken rights across Southeast Asia.

The 26 x 22 minute series, which is being launched next month at MIPCOM, is a comedy adventure series for 4-9 year olds and tells the story of the anthropomorphic lion Harry and his friends, who run a circus troupe in an all-animal world.

Anish Mehta, CEO at Cosmos-Maya and producer of the series, said: “The character ensemble of the show is unique and the organic narratives and catchy numbers make Harry a captivating watch.” 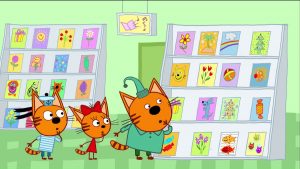 Comcast-owned pay TV operator Sky has picked up non-exclusive SVOD rights to Kid-E-Cats for its services in the UK and Ireland.

The deal with APC Kids will see the first two seasons of the show being launched on Sky Kids, with the first available this month and season two starting in March 2020.

The series tells the story of three kittens with huge imaginations who come up with funny problem-solving suggestions. It is based on an original Russian series produced by CTC Media and Studio Metrafilms, and is currently available on Nick Jr internationally in over 170 territories following a far-reaching deal signed between APC Kids and Nickelodeon International.