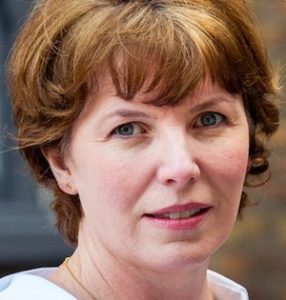 Macdonald, who has been behind shows such as Line Of Duty, Save Me and The Fear, will lead the JV’s UK team and be responsible for building the company’s production slate.

She will head up project sourcing, development and production, while also managing and developing key talent relationships for the company, which will operate under the FilmNation brand.

Macdonald joined Peter Fincham and Tim Hincks’ London-based producer Expectation in 2017, soon after the company’s formation. Her exit, which was first reported by TBI, will come after she has overseen the launch of Expectation’s drama Guilt.

Macdonald has previously worked for ITV Studios-owned World Productions, with credits on Outlaws for the BBC and was an executive producer on ITV’s Dark Angel and In Plain Sight.

“I’m such a big fan of FilmNation’s output – their integrity as storytellers and their talent relationships are second to none, and the reach this partnership with NENT Group gives makes this a fantastic opportunity to create some truly original television,” said Macdonald.

“From storyboards to awards, Kirstie turns amazing ideas into special series. Her appointment will enable us to bring even more high-quality entertainment to our Nordic streaming service Viaplay and audiences around the world.”

Announced in January, the JV will develop, produce and finance premium scripted television content for global audiences, and is currently assembling its creative team.