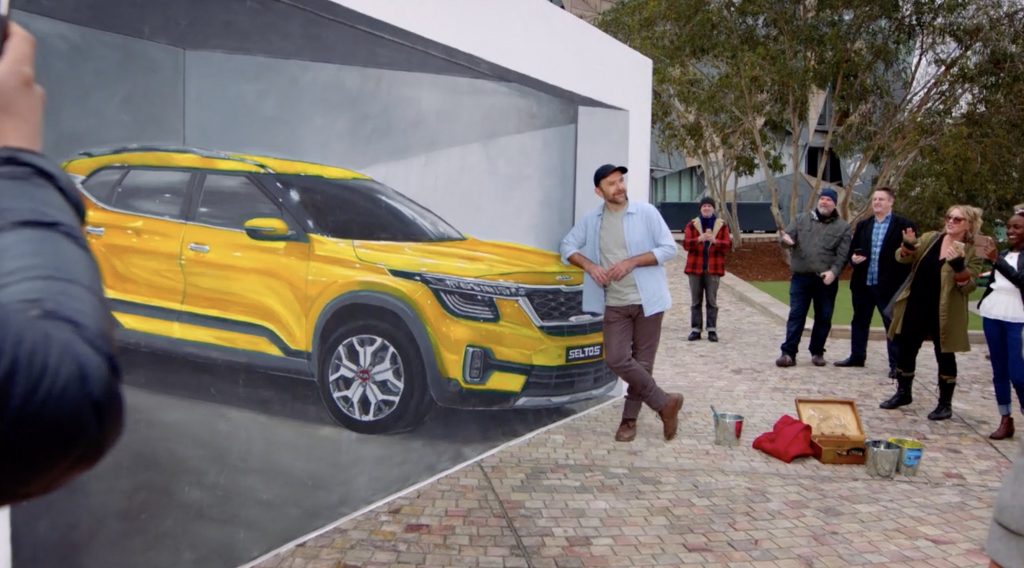 The two-minute advert and 30-second spot – directed by Jamie Wiggins – is shot in Australia and follows a 3D artist who travels down under from the UK to pain a version of the new Kia Seltos SUV that comes to life.

Berry Liu, director of ad sales at A+E Networks UK, said: “A+E Networks UK is delighted to be working with KIA Motors again, following on from the success of 2018’s History Of Football campaign. Creating bespoke content and telling original stories are where we excel globally, with no better example than the campaign launch for the KIA Seltos.”

Last year, the business was commissioned to produce a 120-second branded content spot for Hyundai Motors around its World Cup 2018 campaign. The resulting film, The Power Of The Fans, celebrated international football fans, and also figured as part of A+E Networks International’s The History Of Football.

Matt Graff, MD of Zig Zag Productions, said: “We are delighted to be working with A+E Networks UK and Kia Motors for what is going to be an incredible launch. This is yet another example of Zig Zag looking at different ways to work with international broadcasters as we continue to branch out into the branded content and advertising space.”