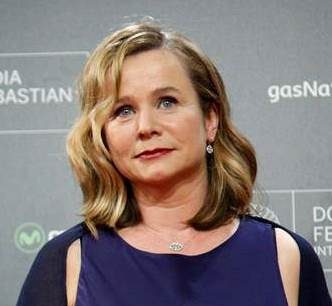 Too Close will star the Chernobyl actress as a forensic psychiatrist assigned to work with a woman who is accused of a heinous crime but claims total memory loss.

The project – which is written by actress and author Clara Salaman and produced by Snowed-In Productions in association with All3Media International – is a three-part drama based on the eponymous novel published under the pseudonym Natalie Daniels.

ITV head of drama Polly Hill commissioned Too Close from Snowed-In, which is the sister company of Bronte Film and Television, founded in 2014 to work on non-J.K. Rowling projects.

The executive producer on the project is Snowed-In head of drama Ruth Kenley-Letts (The Casual Vacancy, Mrs Wilson). All3Media International will handle global sales on the project.

The project comes as the UK broadcaster continues to draw high-profile actors to its drama slate. Martin Freeman and Imelda Staunton are currently starring in ITV’s A Confession. Most recently, the channel commissioned Left Bank Pictures for an adaptation of James Graham’s Quiz starring Matthew Macfadyen and Sian Clifford.

Kenley-Letts said: “Working with Clara Salaman on this adaption of her novel has been a joy. She is a bright new talent to screenwriting and it is a testament to her writing that Emily Watson, one of our finest and most accomplished actors, has signed up to play the part of ‘Emma’. Clara’s scripts are consistently gripping, with three compelling and brilliantly realised women at their heart. I can’t wait to work with Polly Hill and ITV to bring them to life.”

Hill added: “Too Close is a brilliant script where you are never sure who has the power – the psychologist or her patient, or whether Connie is the monster she’s portrayed as. I’m delighted that Emily Watson is going to play Emma, who will be phenomenal and I’m looking forward to working with Ruth Kenley-Letts and the team at Snowed-In Productions to bring this fantastic adaptation to ITV.”