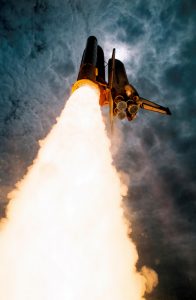 ZDF Enterprises has partnered with World Media Rights, Off The Fence, doc.station and k22film for a new series about the world’s greatest inventions.

Great Inventions will explain what lies behind inventions such as batteries, the fridge, satellites, rockets and submarines, and is designed to be a long-running series. The show will explore how these breakthroughs came about, how they developed and reveals new stories about their discovery.

Production has already begun on the first 35 episodes of the 50-part series, which will be completed between the end of 2019 and the middle of 2020. Further seasons are already planned, with rights available for all media worldwide. ZDFE is handling marketing.

Ralf Rückauer, VP of ZDFE.unscripted at ZDFE, said: “The series talks in a modern and entertaining way about all the things that we tend to take for granted in our modern civilisation, highlighting their history and their meaning for our lives in the past, present and future.”

The London- and New York-set book is the first from Rasmussen and tells the story of Crystal, who grew up as Tom in the UK town of Lancaster. The memoir tells the story of “the tough and often hilarious journey that set their ‘glam and gorj’ inner diva free.”

Adam Morane-Griffiths of Wildcard will executive produce and is developing the project as a TV series with Rasmussen, who is set to write and star. The book was published in the UK by Ebury Press in February and will be launched in the U.S. in 2020 by Farrar, Straus & Giroux.

Wildcard, owned by filmmakers Adam Morane-Griffiths, Joe Hill and Adam Wimpenny, has recently been behind drama/comedy Madonna and Basquiat, written by Sarah Solemani for Sky as part of its Urban Myth series.

Other projects on the slate include an adaptation of Wilbur Smith’s novel When The Lion Feeds and a feature film based on the novel Baby.

Tinopolis-backed Passion Distribution has added a raft of shows to its slate, including lifestyle series Twice The Life For Half The Price and docuseries Secrets Of Royal Travel.

Twice The Life For Half The Price (6 x 60 minutes and format) follows families moving out of towns to spend more time with their families and has been produced by Raise The Roof and Motion Content Group for Channel 5 in the UK.

Secrets Of Royal Travel (2 x 60 minutes) tells the inside story of the traditions and protocols of the British monarchy on the move and is from Lambert Productions for C5, while fellow docuseries Bridging The Expanse (6 x 60 minutes) celebrates the world’s most iconic bridges. Wild Bear Entertainment produces.

Passion has also added two shows from Firecracker Films: observational documentary When The Gypsies Came To Town; and Cyclists: Scourge Of The Streets, which reveals the tensions between those on bikes and motorists.