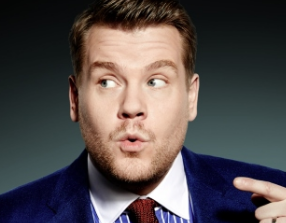 US broadcaster CBS has agreed a new deal with James Corden that will see him hosting The Late Late Show until 2022.

Corden started fronting the talkshow in 2015 after replacing Craig Ferguson and has gone on to become a popular figure on US screens, recently securing seven Emmy nominations including one for variety talk series.

Details of his salary remain under wraps but US reports suggest there will be a substantial shift from his current deal, estimated at between $4 and $5 million.

Corden’s version of the talkshow, produced by CBS Television Studios, has also spawned standalone content such as Carpool Karaoke, which was a segment on The Late Late Show before being rebooted for Apple.

It was produced by Fulwell73, in which Corden and Ben Winston, exec producer at The Late Late Show, are partners.

“James Corden has burned his way to the top of American television with a daring, energetic and inventive broadcast that stands out in the late night space,” said David Nevins, chief creative officer at CBS, which last week unveiled a merger with Viacom.

“He is a host and performer whose considerable talents shine on every stage, and he has created a cutting-edge comedy factory with shows that have resonated across multiple platforms. James and his shows are a great source of pride to CBS, and it’s exciting to extend our relationship well into the future.”