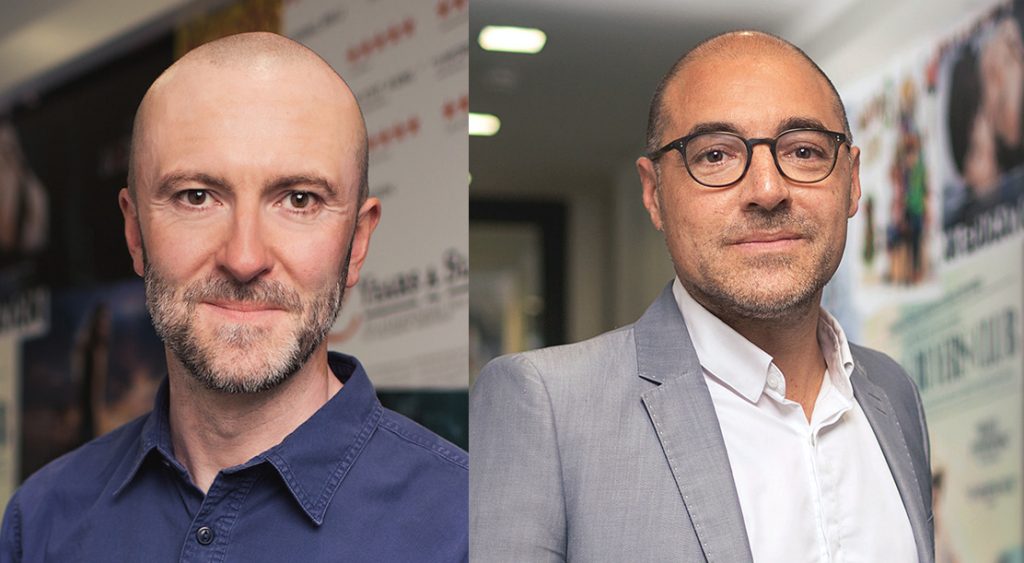 Entertainment One (eOne) is growing its unscripted footprint in the UK with the appointments of execs from prodcos Boomerang and 12 Yard.

Matt Pritchard (pictured, right) and Matt Walton (left) have joined the indie studio as EVPs of unscripted TV, based out of London.

The duo will jointly oversee day-to-day operations of eOne’s unscripted team in the UK, building a new development and production unit and managing key relationships with UK networks, producers and talent.

Pritchard joins eOne from Boomerang, where he has served as MD since 2016, overseeing the likes of What Would Your Kid Do? (ITV) and Extreme Cake Makers (Channel 4).

Prior to that, he was the group director of development at Twofour, where he helped create The Jump (Channel 4), This Time Next Year (ITV) and The Real Marigold Hotel (BBC One). Previously, Pritchard was head of development at BBC Worldwide.

Meanwhile, Walton joins from ITV Studios-owned 12 Yard, where he was head of entertainment and factual.

Prior to joining 12 Yard, Walton was a freelance development producer and showrunner for various UK production companies, including Initial, Tiger Aspect, ITV Entertainment and Thames.

The business, whose unscripted network also includes Renegade 83, has an eye on expanding its unscripted drive outside the UK and elsewhere into Europe.

Tara Long, eOne’s president of global unscripted for television, said: “With equally impressive backgrounds and their shared experience building some of the biggest unscripted hits and formats to come out of the UK, we are eager to have Matt and Matt bring this expertise to our international unscripted team.

“As we continue to build on our strong foundation in the UK and launch the next wave of unscripted hits, they will be key to driving our ongoing success.”