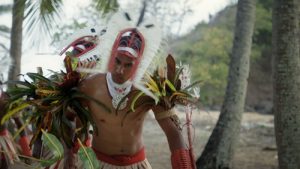 France 5 and Discovery India are among broadcasters to have struck coproduction and pre-sale deals for programming from Australian producer WildBear Entertainment.

It is being sold by Lucky You, which is also distributing Island Paradise: Living in the Torres Strait, a 1 x 60 minute show that has been greenlit by NDR in Germany and Arte in France and Germany. The show explores community life on some of the region’s inhabited islands through the journey of a supply ship bringing goods and basic provisions.

Elsewhere, Amazing Animal Families (10 x 60 minutes) has been pre-bought by Discovery India, with Lagardère Studios onboard to distribute, while Rise and Fall: The Turning Points of WW2 (6 x 60 minutes) has been pre-sold to Viasat World for Central and Eastern Europe, Russia and CIS, and ProSiebenSat.1 in Germany. It has also been acquired by Mediawan Thematics in France for its Toute L’Histoire channel.

The French firm has also pre-bought engineering show Bridging the Expanse (6 x 60 minutes), sold by Passion Distribution, and Shipping the World (4 x 60 minutes). The latter explores the cultural, political and economic impact of shipping and has also been acquired by Germany’s N-TV/. Mediawan has retained rights for French-speaking territories, with Off The Fence selling elsewhere.

Finally, Rai in Italy and RSI in Switzerland have licensed the completed programme Over Australia (2 x 60 minutes), a natural history series commissioned by Blue Ant Media that combines aerial footage of the country’s wilderness with intimate stories about the creatures that inhabit it.