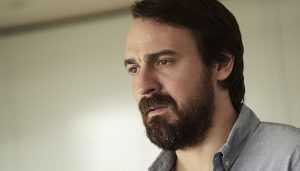 Australian public broadcaster the ABC has ordered a 1950s-set drama that explores the true story of British nuclear testing in the country’s outback.

Fallout (working title) is being written and directed by Australian filmmaker Peter Duncan (Rake), with Porchlight Films’ Vincent Sheehan (The Kettering Incident) producing alongside Tanya Phegan, who co-created the series with Duncan.

The six-part show is set to start production later this year and will explore the controversial period from Australian history, when British nuclear testing took place in Maralinga, South Australia. Local Aboriginals have claimed the testing caused long-term health problems.

About Premium Content is also onboard the project, marking its first investment in an Australian series, while funding bodies Screen Australia, Create NSW and the South Australian Film Corp are also supporting the production.

Sally Riley, ABC’s head of drama production, said Duncan’s “razor wit and satirical retelling of the Maralinga testing will challenge those who know the history, and be unbelievable for those who have little knowledge of what happened on Australian soil. This is a fictional story about true events.”

Head of Content at Screen Australia, Sally Caplan, added that the series would be “an important and compelling Australian drama with local and international appeal.”