Show of the week: ‘Jungle War’ 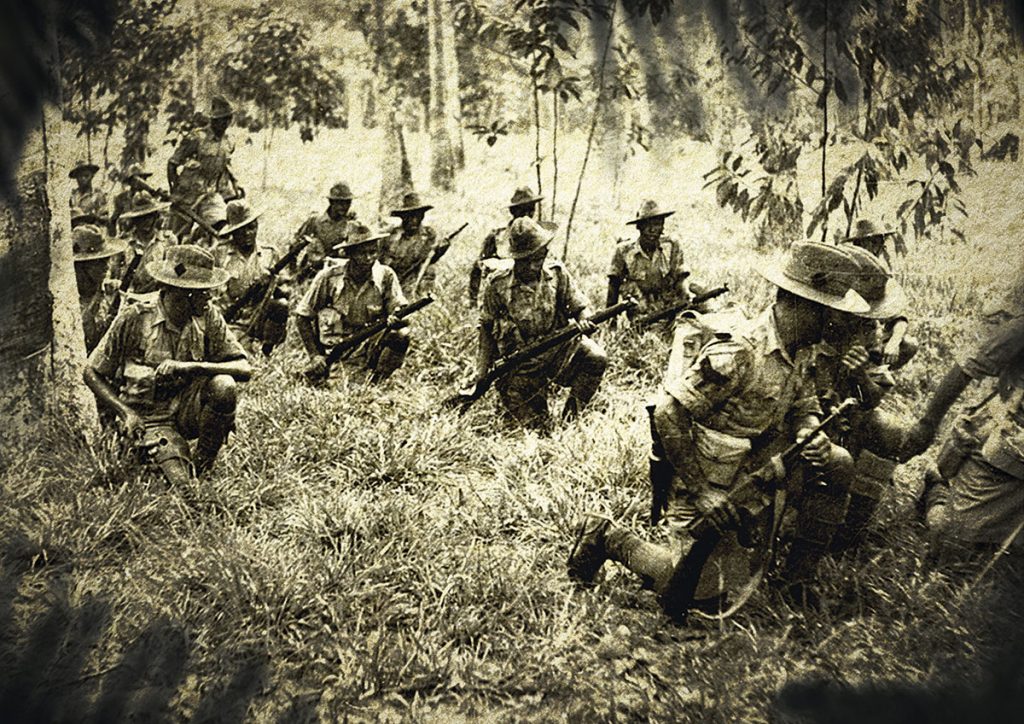 Jungle War (4 x 60 minutes) is a doc series about some of the lesser-known conflicts of WWII and beyond – those fought in some of the world’s most hostile and challenging environments.

It takes in WWII campaigns fought in the jungles of Asia/Pacific – from the Solomon Islands and New Guinea to Borneo and Burma – and post-war conflicts in Malaysia, East Timor, Vietnam and parts of Central and South America.

The series, from Australian factual producer Wildbear Entertainment, combines archive footage, expert commentary and personal testimony, together with contemporary footage – building on Wildbear’s slate of war documentaries such as Total War and Hitler’s Propaganda Machine, which have sold widely through DRG.

The origins of Jungle War started with the idea that battling against the elements can be just as fatal as fighting a war. In Australia, where production was based, stories of fighting on the Kokoda Track and the prisoners of war on the Thai-Burma Railway are part of the national identity.

“The creative team wanted to look at similar stories on an international level,” says DRG’s EVP of sales Elin Thomas.

As such, the documentary investigates many of the elements that are specific to jungle warfare — from the way armies have adapted their supply lines, mobility plans and tactics, to the humidity and density of fighting in the jungle. Key throughout, however, is the human element of fighting in such difficult terrain.

Thomas notes the delivery of Jungle War is timely, coinciding with the 80th anniversary of the start of WWII later this year. “WWII provides a very rich seam for documentary-makers, but the jungle conflicts are one of the least covered subject areas.”

Jungle War has been acquired by France’s Histoire. Other target territories are CEEMEA, Germany, Scandinavia, Australia and Asia.